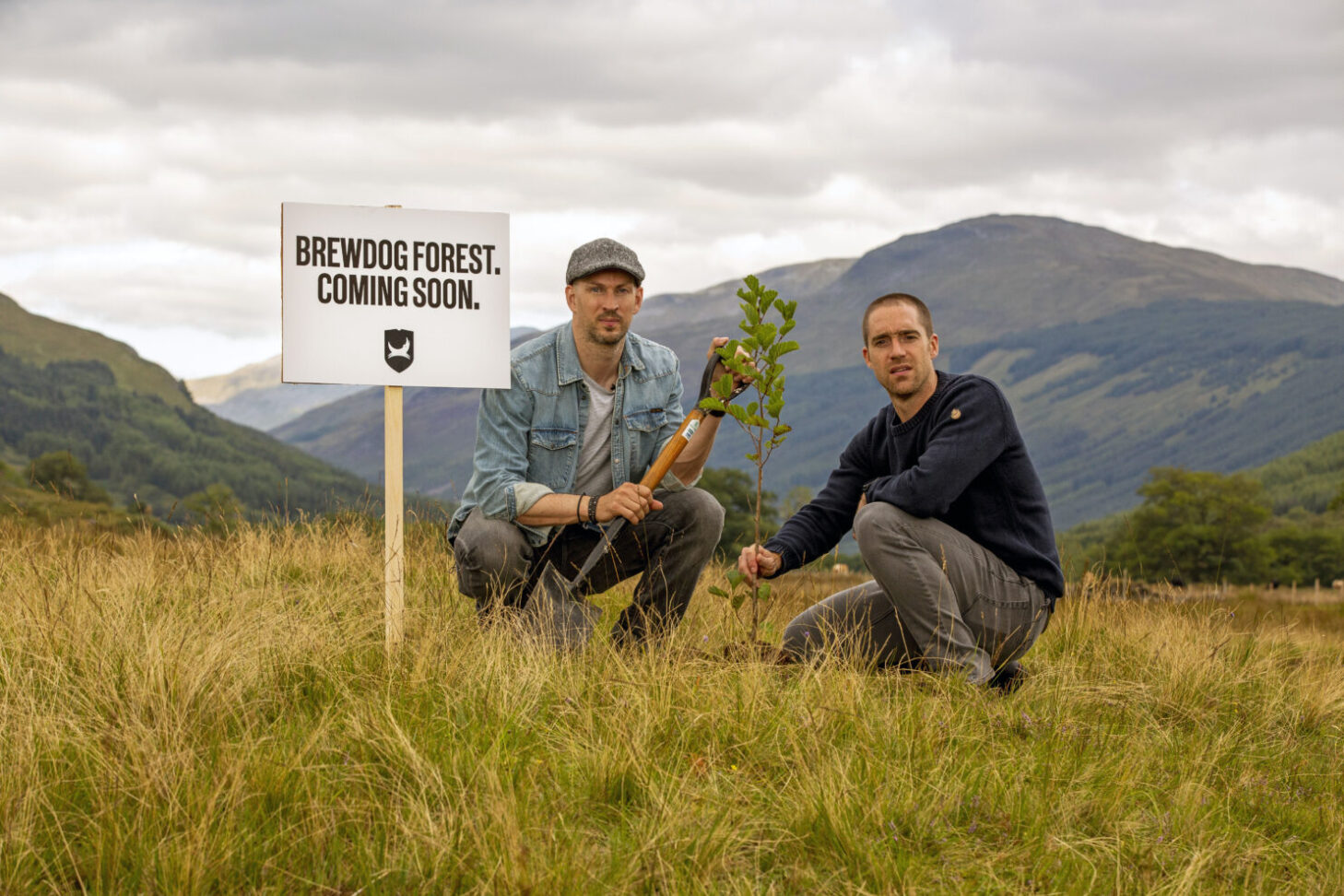 BREWDOG, the Scottish brewer and bars group, has launched a new promotion as it looks to plant a million trees in the course of the year.

The company’s ‘buy one get one tree’ scheme offers consumers the chance to have a tree planted in their name every time they buy a four-pack of one of the brewer’s ‘headliner’ beers (Punk IPA, Hazy Jane, Elvis Juice and Lost Lager). The offer is redeemed through a QR code printed on the side of the pack.

The new scheme is part of a wider sustainability initiative from BrewDog which will see the business make changes to its brewing, energy supply and distribution. It has already been seen in the production of the company’s Lost Lager brand, which is brewed using a third less water and using surplus bread from supermarkets, with the process fuelled by wind power.

Co-founder James Watt described the environmental overhaul as “the biggest project in our history”.

“This ground-breaking project is just the beginning and BrewDog will continue to be the catalyst for change, putting the planet first and leading the way for businesses to make a positive impact on our planet.”

Elsewhere, BrewDog has introduced a new beer designed to be aged in the bottle for a decade and opened in January 2030 – the deadline given by the Intergovernmental Panel on Climate Change (IPCC) for cutting global carbon emissions by 45%.

BrewDog has said that on 1st January 2030 the beers can be opened “to either celebrate humanity coming together and getting our planet back on the right track or to toast the impending apocalypse”.