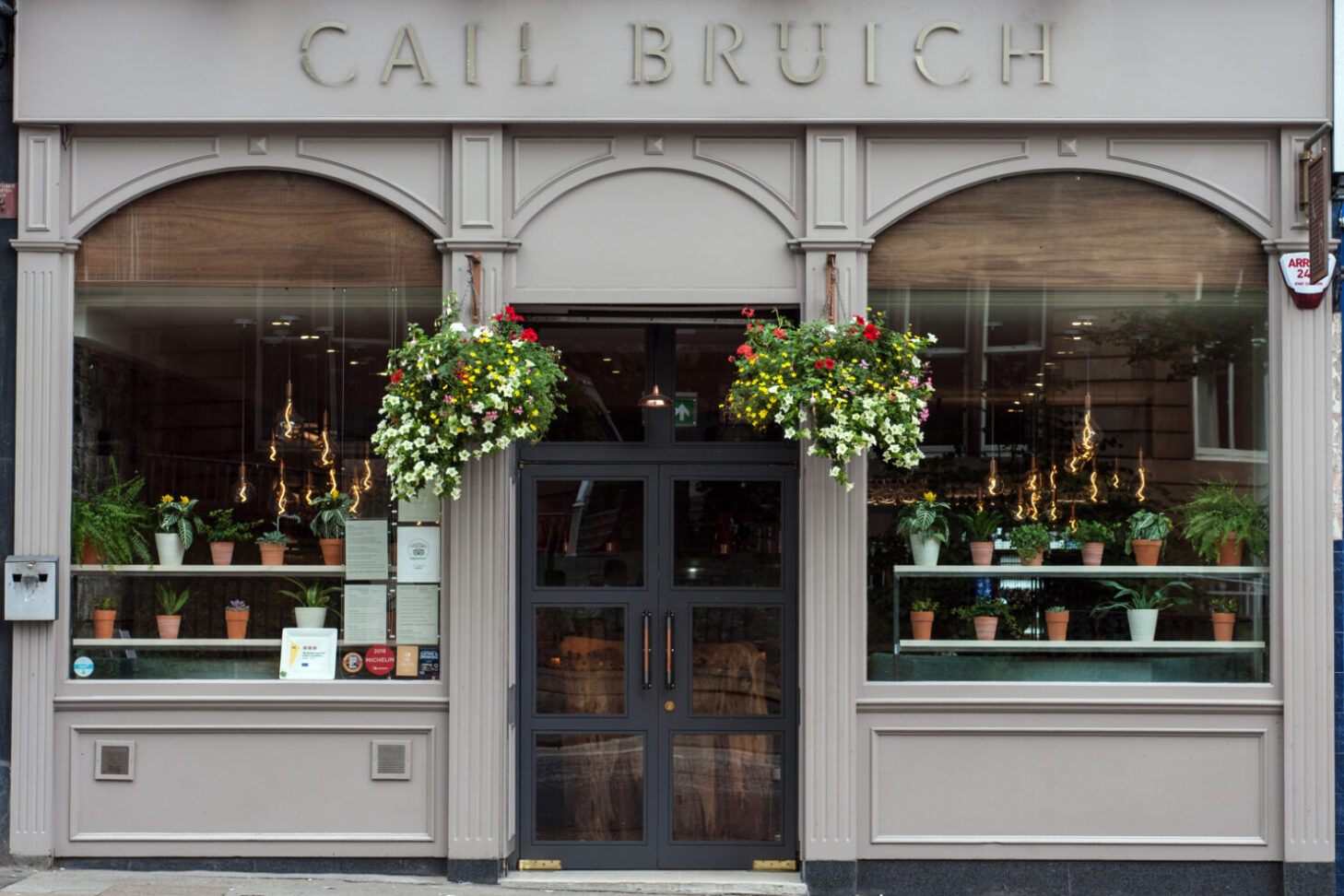 GLASGOW’S Cail Bruich restaurant has been awarded a Michelin Star – the first in the city for 18 years and the only new Scottish restaurant to be awarded a Star in the 2021 Michelin Guide.

Chef Lorna McNee achieved the accolade just five months into her first head chef role, and is said to be the first solo female chef to be awarded a Star in Scotland in 20 years.

Cail Bruich, which also holds three AA Rosettes, was opened in 2008 by brothers Chris and Paul Charalambous who ran the kitchen and front of house respectively until early 2020, when chef Chris decided to move away from the kitchen to focus on other aspects of the family-run business, which includes Bar Brett and Epicures.

Lorna was appointed head chef at the 28-cover Great Western Road restaurant in August 2020, moving from her previous role as sous chef at two Michelin-starred Restaurant Andrew Fairlie, where she had started her career as an apprentice.

Lorna said winning a Michelin Star has been a dream since she became a chef.

“The feeling of achieving it is better than I could have ever imagined,” she said.

“The best feeling for me though, is seeing the happiness on my team members’ faces knowing that all our hard work and sacrifice has been worthwhile. It is amazing to share it with them. I’m so proud, it is a dream come true.”

Cail Bruich’s owners Paul and Chris Charalambous said they are “delighted and humbled” to receive the accolade.

“The award is for our team, suppliers and craftspeople who strive to provide the best possible experience for our guests,” they said.

“We wouldn’t have achieved this prestigious award without the support and loyalty shown by our guests. We hope that this recognition of excellence will put Glasgow firmly on the culinary map, where it undoubtedly should be.”