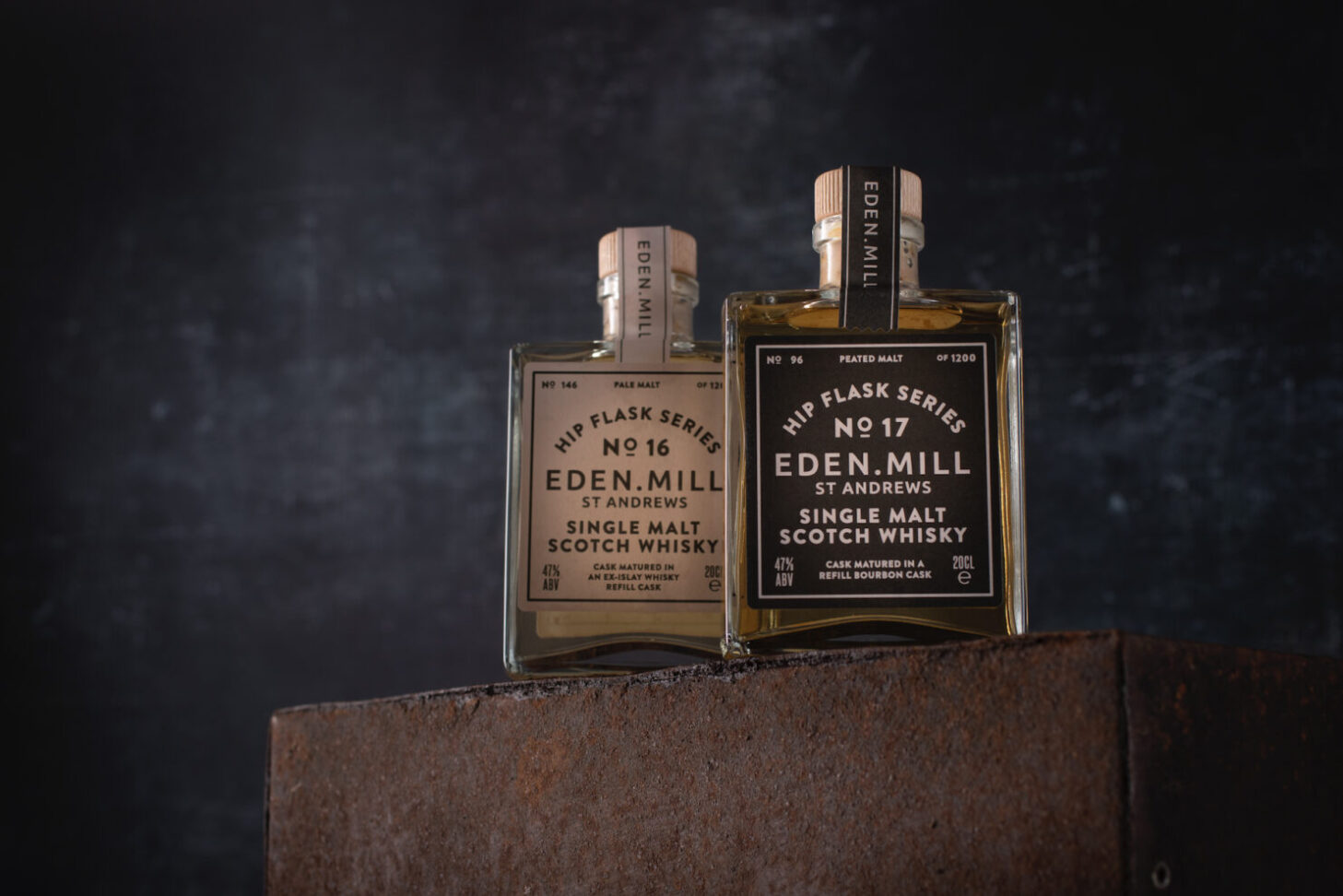 Hip Flasks No16 and No17 are the latest releases as part of the project and are said to represent a significant step for the distiller as the first peated expressions in the collection.

Hip Flask No16, which has an ABV of 47%, was created by ageing Eden Mill’s pale malt spirit in an ex-Islay whisky refill cask, which was filled in February 2016. The whisky is described as having a “dry, almost wood-smoke aroma, along with hints of cereal and hay”. The level of peat is said to be mild to moderate, with the emphasis on the “woodsmoke bonfire-ember character of the liquid”.

Hip Flask No17, meanwhile, is the result of ageing peated malt spirit in a refill bourbon cask, which was filled in July 2016. Described as having a “pronounced, phenolic peaty aroma” with a rich level of peat, the 47% ABV whisky is said to have a “robust earthiness along with a dense, peat-smoke flavour” which is then lightened with “spicy oak and sweet vanilla character from the bourbon cask”.

“The two new releases show how the peated influence can come from a variety of sources,” he said.

“We expected No16, aged in an ex-Islay whisky cask to be a more delicate flavour, but the peated character is still full-bodied with added fiery wooden character from the cask. While No17 has a robust earthiness from the peated malt, finished with a sweetness from the bourbon cask.”

Eden Mill co-founder Paul Miller said: “At the heart of the Hip Flask series was a desire from us to allow as many whisky drinkers as possible to have the chance to savour and enjoy our progressive range of single cask expressions of Eden Mill single malt Scotch.

“We look forward to bringing fans on the next stage of our Eden Mill single malt whisky journey; we anticipate the completion of our new distillery near St Andrews next year and the goal of carbon neutrality in our whisky distilling by 2025.”

The two new whiskies are available in 20cl bottles from Eden Mill’s website.