This year saw the 25th anniversary of the company, which was founded by whisky industry veteran Harold Currie with the building of Lochranza Distillery in 1995; 2020 was also the first anniversary of its new-build sister distillery at Lagg in the south of the island, which began production last year.

A year of celebrations to mark both milestones was planned, but the COVID-19 pandemic put events on ice.

“It’s not been the year we had planned, but that’s been the case for everyone,” Euan told SLTN.

“These things can be rearranged. 26 is the new 25; and we’ll hopefully be able to celebrate in style next year.”

And there is much for the company to celebrate.

The vision of the then retired Harold Currie, Isle of Arran Distillers’ foundations were laid back in the 1990s.

At a time when many distilleries in Scotland were being mothballed, Harold, who had laterally headed up the House of Campbell whisky division of Pernod Ricard, saw potential to build a distillery on Arran, returning distilling to the west coast island which is said to have had three licensed distillers in the late 18th and early 19th centuries, not to mention plenty tales of illicit distilling.

A bondholders scheme was established to raise funds for the project, with investors guaranteed certain whiskies, including Arran Single Malt Founders Reserve.

And, in 1995, a 70 year old Harold Currie saw his dream come to fruition with the opening of Lochranza Distillery in the north of Arran.

“It was very much against the grain,” said Euan, who joined Isle of Arran Distillers in 2003 after seven years at Springbank in Campbeltown – a move which saw him leave the oldest independent family-owned distillery in Scotland to join the youngest.

“In the mid-1990s no one was really building distilleries. 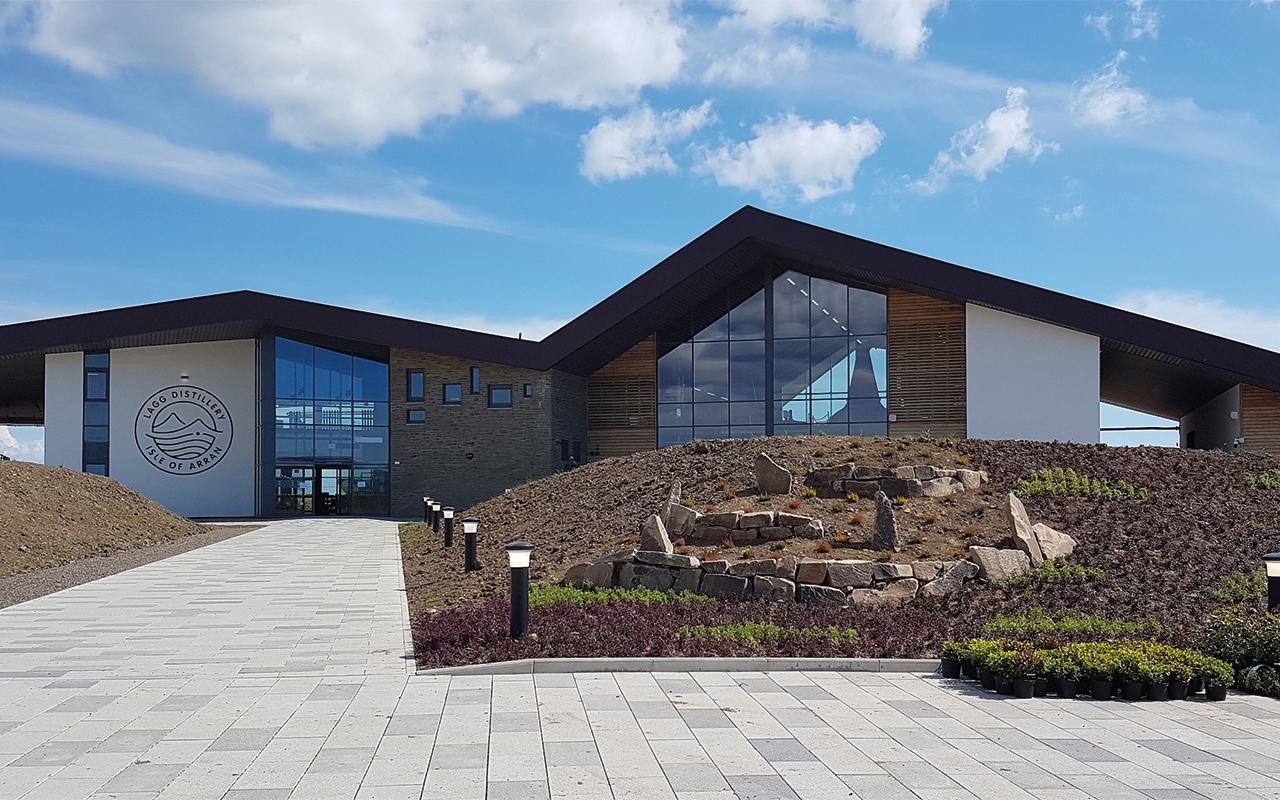 “The trend at that time was cutting back; a lot were being closed and mothballed.

“I think most of the advice Harold got at the time was ‘don’t do it’, but he had a vision.

“We were really the first of the new wave of distillers.

“It was quite an undertaking by Harold. Sadly he passed away a few years ago but he saw the brand come to life.”

And the independently-owned Isle of Arran Distillers continues to build upon Harold’s legacy.

Last year it opened its second distillery – Lagg, in the south of Arran.

It represented another major milestone for the company.

Not only did it give the distiller a second site on Arran, including a visitor centre in the state of the art distillery and three warehouses (there are plans to build a further three at Lagg joining the existing six warehouses at Lochranza), Lagg Distillery is paving the way for Isle of Arran Distillers to produce a very different style of whisky.

In keeping with the spirit said to have been produced in the south of the island in centuries gone by, Lagg Distillery will produce peated single malt – the opposite of what the company predominantly produces at Lochranza Distillery in the north.

And some of that is already underway.

Dubbed Project North & South, a blended malt combining peated and unpeated spirit from the Lagg and Lochranza distilleries – the brainchild of sales manager Andy Bell – is being created. And there is likely to be more to follow.

“Our USP was that we were the only distillery on Arran so by building Lagg we effectively created our own competition, but although they are both under our ownership they are quite different,” said Euan.

“Lagg is about peat and styles of peat. Peat is quite a generic term. Coastal or island peat is very different to mainland peat and we want to try and highlight that.

“At the moment people talk about the PPM of peated whiskies, really the discussion will be around the flavour and aroma and different styles of peat.

“We had a vision for Lagg. We wanted it to be a bit more experimental, slightly quirkier.

“We’ve been sampling some year-old spirit and we’re very impressed. I think it’s a whisky that will do well at a young age.”

The focus hasn’t solely been on Lagg, however.

Last year a contemporary new look for the Arran Single Malt range was unveiled alongside two new expressions: Barrel Reserve and The Bodega (Sherry Cask) joined a range which includes 10, 18 and 21 year old malts as well as The Bothy (Quarter Cask), and Amarone Cask, Port Cask and Sauternes Cask Finishes.

And while the company’s 25th anniversary – and Lagg Distillery’s first anniversary – celebrations had to be postponed, it hopes to make up for it next year.

“It is an exciting time for the company,” said Euan.

“We see ourselves as a craft brand with global ambition.

“The Arran Single Malt repackage was a signal of intent for the brand. And having Lagg up and running gives us two unique brands.

“Distilleries are such a long-term prospect. We’re trying to build on that legacy so that in years to come people will say ‘they did a good job’ and enjoy the stock that we’ve laid down. That would be a pretty good legacy.”