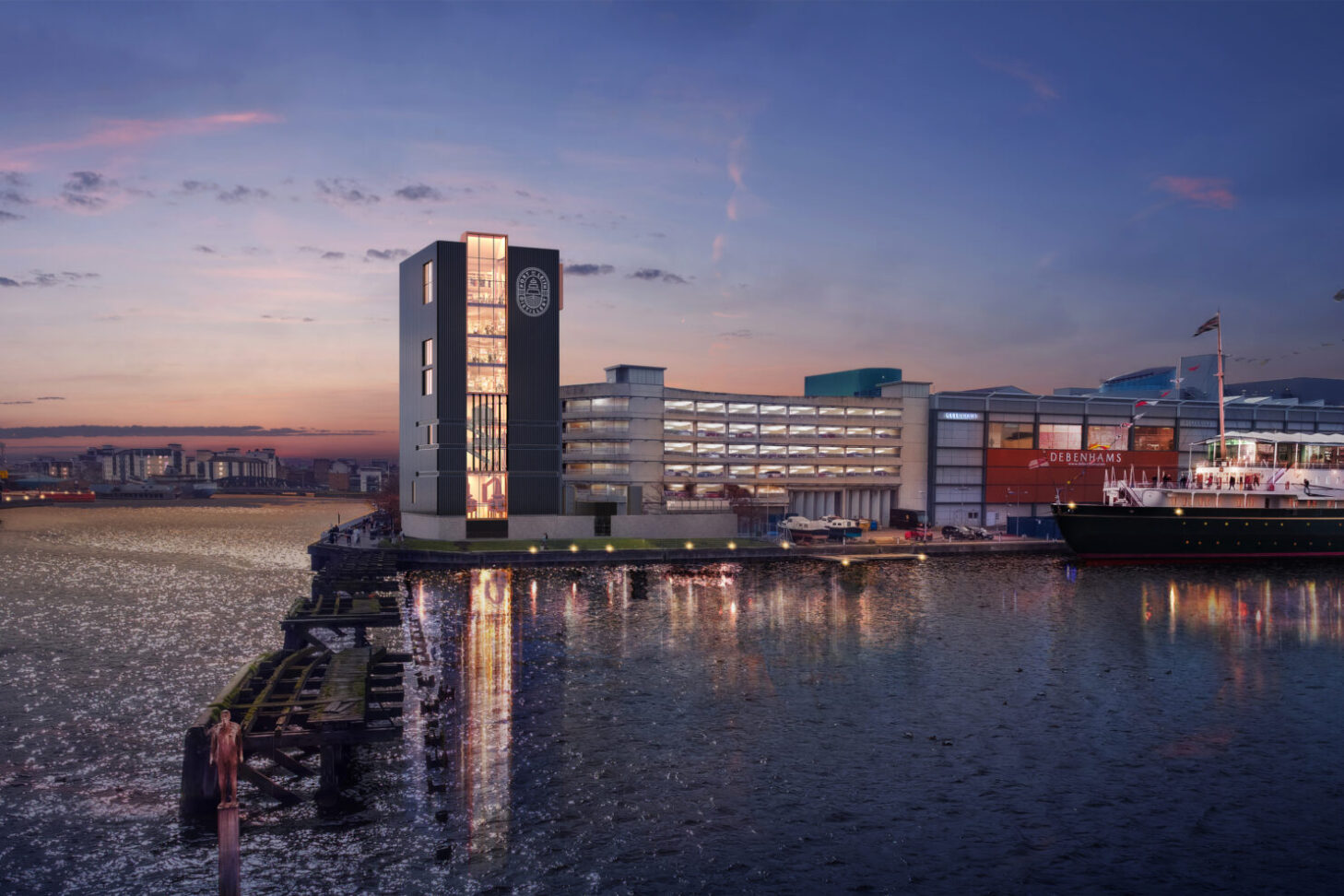 WORK has begun on what is claimed to be Scotland’s first ‘vertical’ distillery.

The Port of Leith Distillery will cost £12 million to construct and is due to open in 2022.

Situated on a third of an acre beside Ocean Terminal and the Royal Yacht Britannia, the new facility will rise 40 metres above the quayside, topped by a whisky bar.

It is the brainchild of childhood friends Patrick Fletcher and Ian Stirling and has been founded by a range of private investors, as well as through sales of the company’s Oloroso sherry and Lind & Lime Gin.

The sherry is sourced from Spanish sherry bodega, Bodegas Baron, which will also provide the casks to mature Port of Leith’s whisky.

Stirling said the aim with the new distillery will be “to create an outstanding new style of Scotch using a modern approach, based on years of research we have already undertaken – and building on the remarkable heritage of the historic whisky district of Leith”.

Leith played an important role in the development of the whisky industry. Historically, many of the whisky blenders had warehouses there and these merchants began to use former sherry casks to store and mature their whisky.

Fletcher said: “Although our distillery has a very modern outlook, we’re very proud to be bringing the whisky trade back to one of the places it all began.”