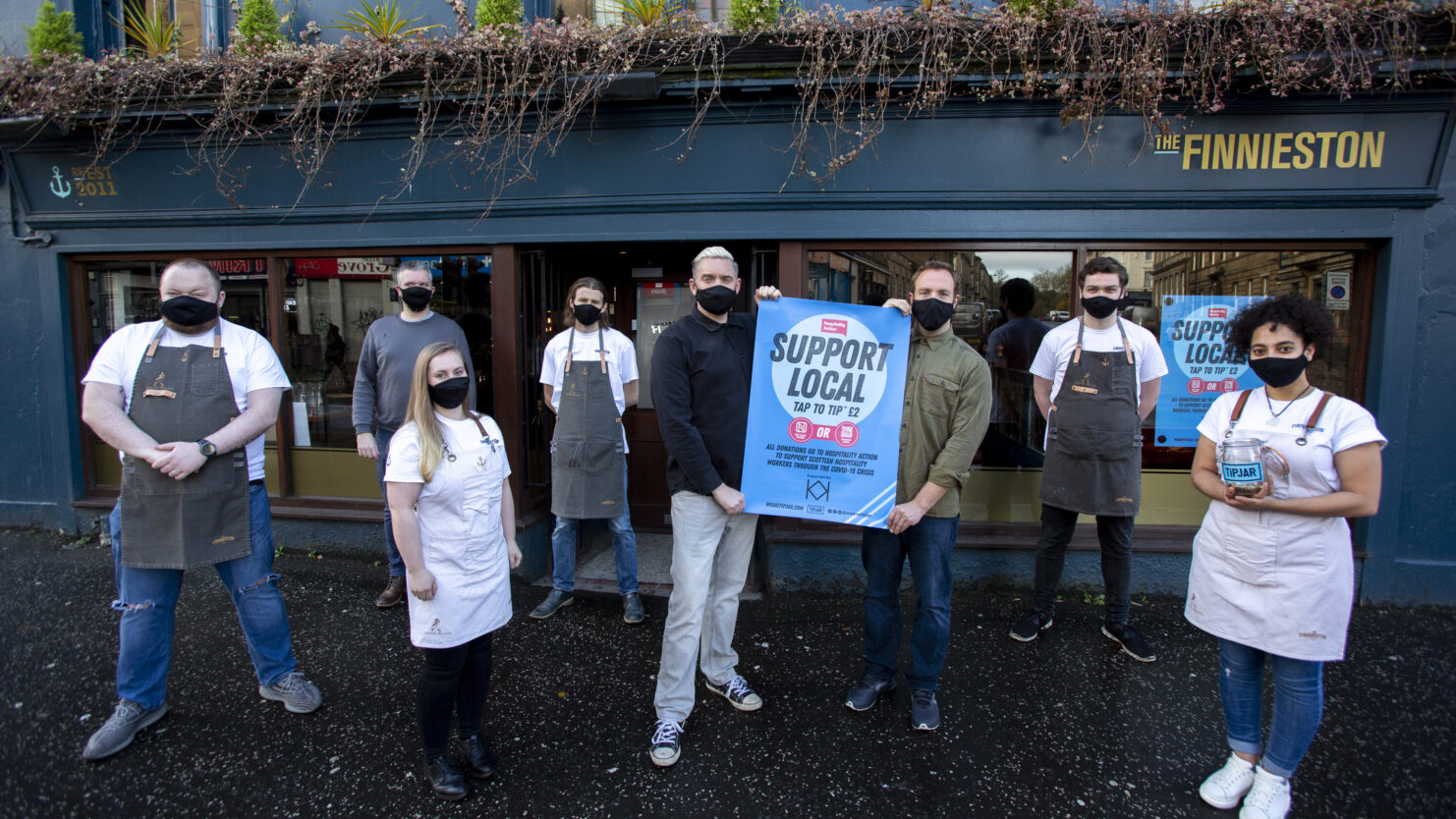 A NEW campaign to raise money for hospitality workers across Scotland kicked off in Glasgow this week.

It asks customers and passers-by to donate £2, with each donation going directly to trade charity Hospitality Action. Half of the donation will then be passed to staff at the venue, with the other half going into a pot that will be distributed to staff across Scotland.

Donations are made contactlessly by tapping a phone against digital “tipping boxes” displayed in the venue’s windows.

TiPJAR is in talks with several other venues with a view to rolling the campaign out across Scotland.

Graham Suttle, managing director of bars group Kained Holdings, which owns The Finnieston, said: “We are proud to kick off a national campaign to bring support and a much needed lifeline for so many, in such difficult times.

“Our customers are as much part of the family as our team, and having asked so many times to help they now have a safe and direct way via this award-winning platform, to help support our amazing team and those most in need across the nation.”

TiPJAR Founder James Brown added: “Having started my hospitality career working in bars in the city, I couldn’t think of a better place to launch this campaign.

“As many staff and businesses now face their toughest challenge of the pandemic so far, we wanted to do what we can to help the staff at Kained and staff all across the UK.”