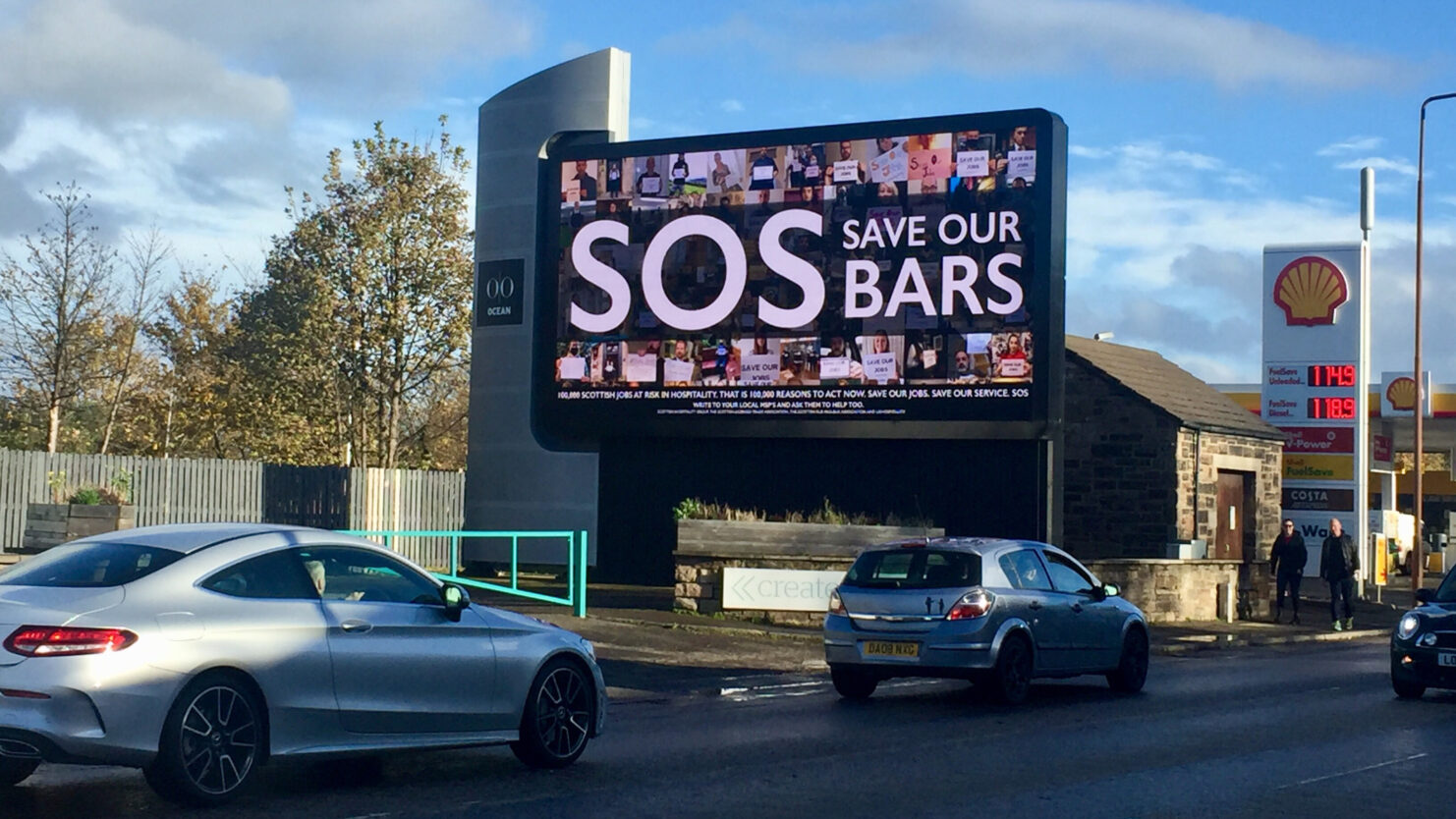 SOME of the biggest names in the Scottish hospitality industry have launched a new ‘SOS Save Our Jobs’ campaign in a bid to highlight the impact of government-imposed restrictions on the sector.

Running on 50 billboard sites across the central belt, the campaign aims to highlight the thousands of pub, club, restaurant and hotel jobs at risk across the sector and its supply chain, and urges members of the public to “write to their MSPs in support of the industry to help save 100,000 jobs”.

Stephen Montgomery, spokesman for the Scottish Hospitality Group, said: “I think this campaign highlights the extent of the issues we are facing, with a tsunami of redundancies already taking place.

“Our staff are a key priority for us, and they play a major part in the cogs of our businesses. We need to protect them. They are a part of our greater hospitality family.”

The new campaign follows the ‘Save Our Jobs’ social media campaign by Edinburgh PR agency Taste Communications on behalf of its hospitality clients, which saw people from across the industry post selfies on social media using the hashtags #SaveOurJobs and #ScottishHospitality.