Restrictions ‘will be too much’ for some businesses 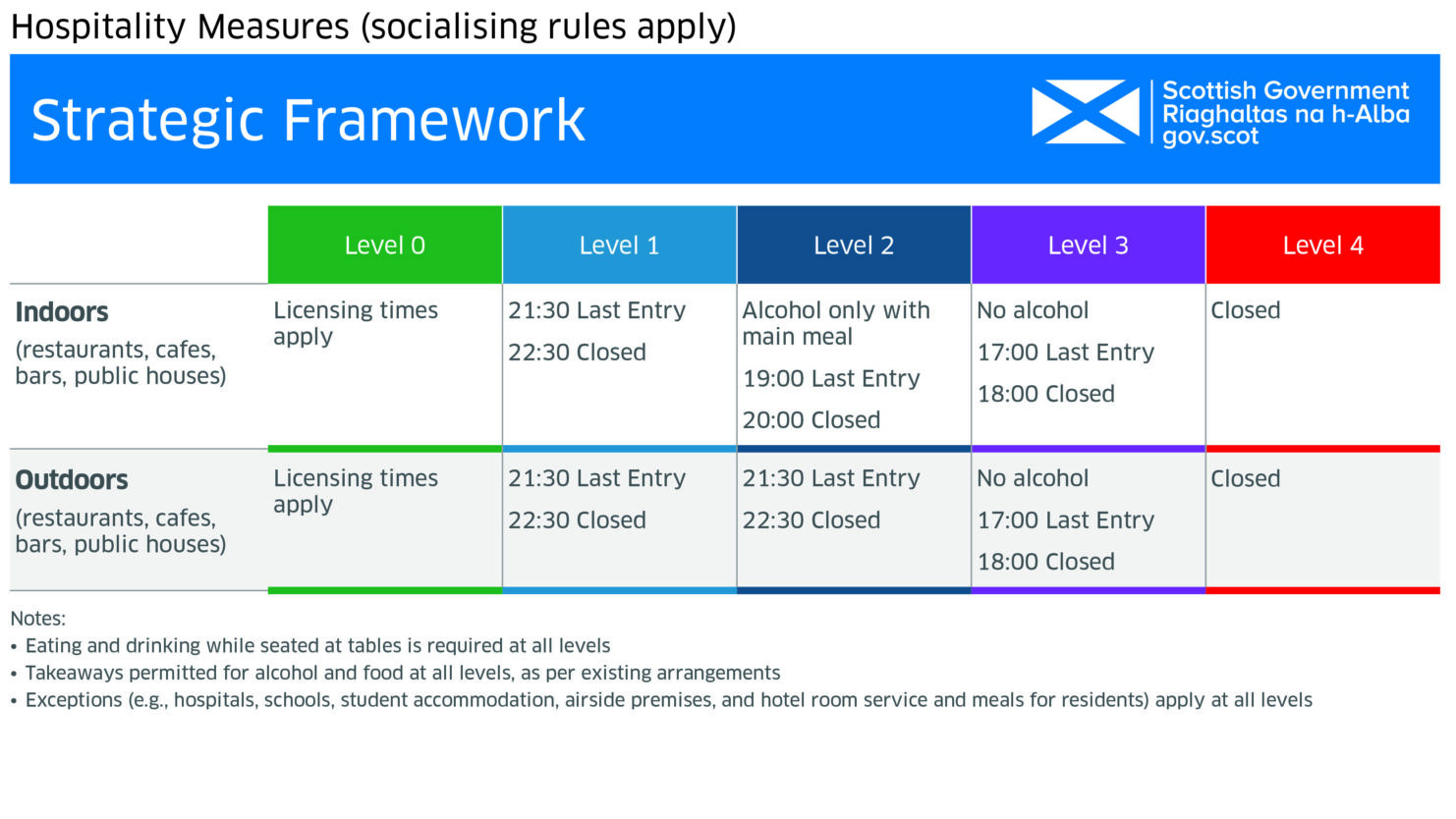 THE majority of Scotland’s hospitality businesses are going to find themselves “badly affected” by the COVID restrictions confirmed earlier today, say trade groups.

First minister Nicola Sturgeon confirmed today (October 29) that, as of November 2, 19 of Scotland’s local authority areas will be operating under level three restrictions – which permit premises to open until 6pm but not to sell alcohol.

Scottish Licensed Trade Association spokesman, Paul Waterson, said those restrictions will  “cause utter devastation and sleepless nights for industry owners, operators and staff who will spend this weekend wondering if their businesses are going to be viable, if they are going to still have jobs and, indeed, if they will even still have a business”.

“Like everyone else we want our staff, families, friends, neighbours and colleagues to be safe,” said Waterson.

“But there must be nuance and realistic limits, not misguided restrictions like these which are extremely unbalanced and do not appear to be borne out of any evidence that we have seen.”

Eight of Scotland’s local authority areas will be operating under level two restrictions as of November 2.

Willie Macleod, executive director for Scotland at UK Hospitality, said premises in those areas are likely to “feel the hit due to the restrictions to all but essential travel”.

“It will also be a blow to accommodation businesses in level two as they might have expected some business from level three areas and will now not get it,” said Macleod.

“The reality is that, for some businesses, these restrictions will be too much. Businesses will be closing their doors and, for some, they will remain closed permanently with the associated job losses.”

He said that businesses in level two areas, “had hoped for an upturn in business following the slight ease of restrictions as the majority of custom in [level] two would have been likely to come from the central belt area, however due to the new travel restrictions, this will not be possible”.

And Scottish Hospitality Group spokesman, Stephen Montgomery, said the entire levels system “will only lead to chaos and failure”.

“We still have no data to support the slash of hours which are critical to the viability of a business,” said Montgomery.

“From Monday, over 70% of the country’s population will be living indefinitely under [level] three restrictions.

“Allowing restaurants to open for two more hours in this tier would enable them to serve another course and would result in saving 100 jobs for one of our members alone.”

All four groups called for further support for hospitality and tourism businesses and for more engagement with the industry from the Scottish Government.