Grant scheme will also be extended, with details to be published online 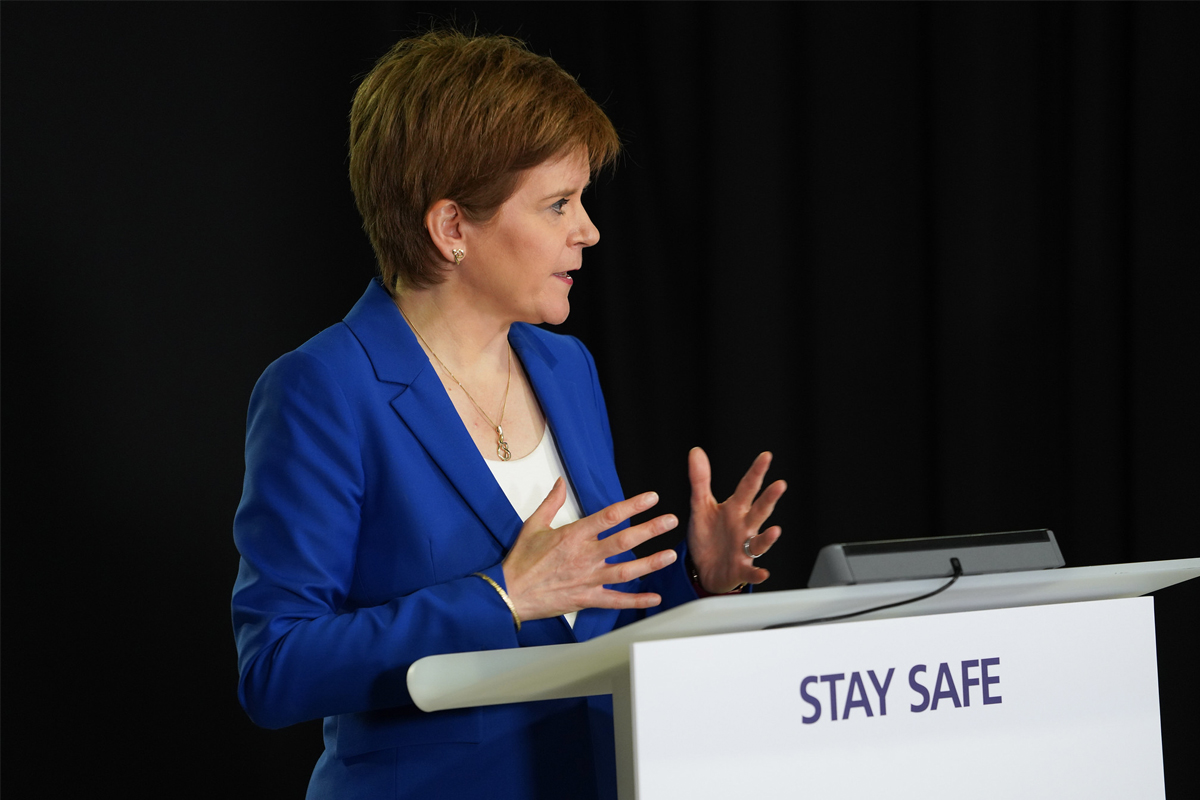 THE current trading restrictions imposed by the Scottish Government – requiring licensed premises across the central belt to close and banning the sale of alcohol inside premises elsewhere in Scotland – will continue for another week, the first minister has confirmed.

The restrictions, which came into force on October 9, were originally due to expire on Monday October 26 but speaking at her daily media briefing today (October 21), Nicola Sturgeon said the “clinical advice to cabinet is that it would not be safe to lift them as early as Monday”.

Sturgeon said the Scottish Government will also extend its grant scheme for the extra week.

“Full details of that support and how it applies to different sizes of business will be published online,” said the first minister.

“But there will be extensions to both the business support grants that we offer and also the support that we are providing at this stage for the job furlough scheme.

“All businesses will receive proportionally the same level of support over the extension seven days for each day of closure as they did in the first 16 days of restrictions.

“And for this limited period we are also extending the Scottish Government furlough support scheme for an extra week as well.”

The current restrictions will now continue until 6am on Monday, November 2 when the Scottish Government plans to introduce a new “level system” similar to the tier system now in place in England.

Further details of the level system will be published later this week, along with details of the further support businesses can expect “in the event of further restrictions”.

However, Sturgeon said that, although that support will be “the maximum level of support that the Scottish Government is able to provide within the resources available to us at this time, it is the minimum that we think is necessary”.

She will continue to lobby the UK Treasury for additional funds.

“I know that these restrictions are harsh,” said Sturgeon.

“They are harsh financially for many individuals and businesses and they are harsh emotionally for all of us. And so I want to stress again, firstly, that none of these decisions are being taken lightly. This is all about trying to save lives and minimise the health damage that this virus, we know, is capable of doing.

“But I also want to stress that we do believe these restrictions will make a difference and indeed we believe they may already be making a difference.”