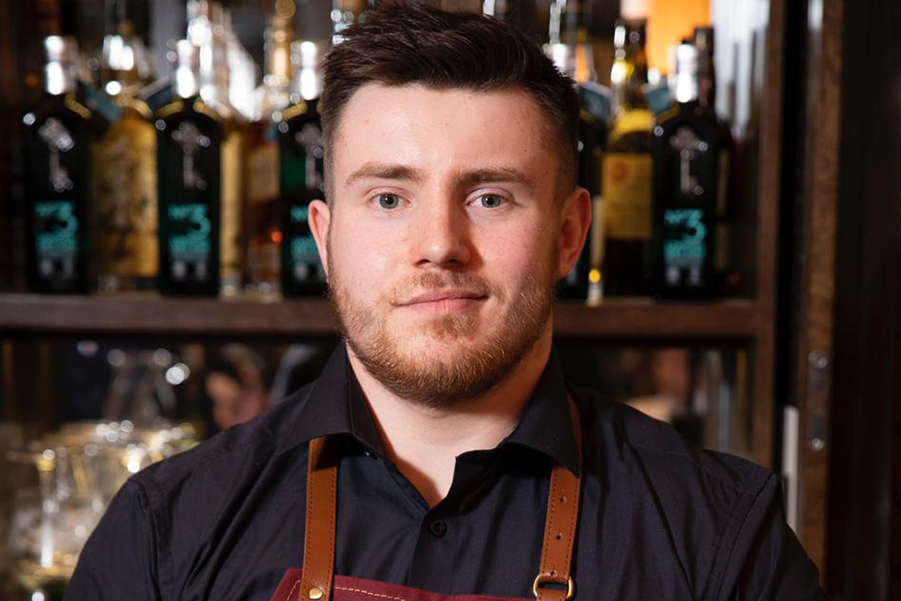 AN Edinburgh bartender is among the first to have reached the GB final of this year’s Diageo World Class competition.

James Rawcliffe of Tigerlily in Edinburgh secured a place as one of the ‘final 15’ bartenders that will compete in the competition’s British final after winning the contest’s Bottled Cocktail Challenge.

Having changed the format due to COVID-19, the latest stage of the competition split 100 UK bartenders into three groups – for Ketel One, Johnnie Walker Black and Tanqueray No. Ten respectively – and challenged them to create a bottled cocktail based on either the Espresso Martini, Tom Collins or High Ball. A winner was picked from each of the three groups and will now progress to the GB final.

James won the Tanqueray No. Ten group with his cocktail, Eastern Adventure, a take on the Tom Collins, which mixes the gin with kaffir, pineapple and lemongrass cordial, Belsazar Riesling and soda.

The cocktail will now be produced in a cocktail kit and made available for consumers to buy online.

Jack Sotti, head of advocacy for GB at Diageo, said this year’s contest has been designed “to champion bartender creativity in the face of adversity”.

Further competition challenges will follow to identify the other 12 bartenders that will compete in the GB final.