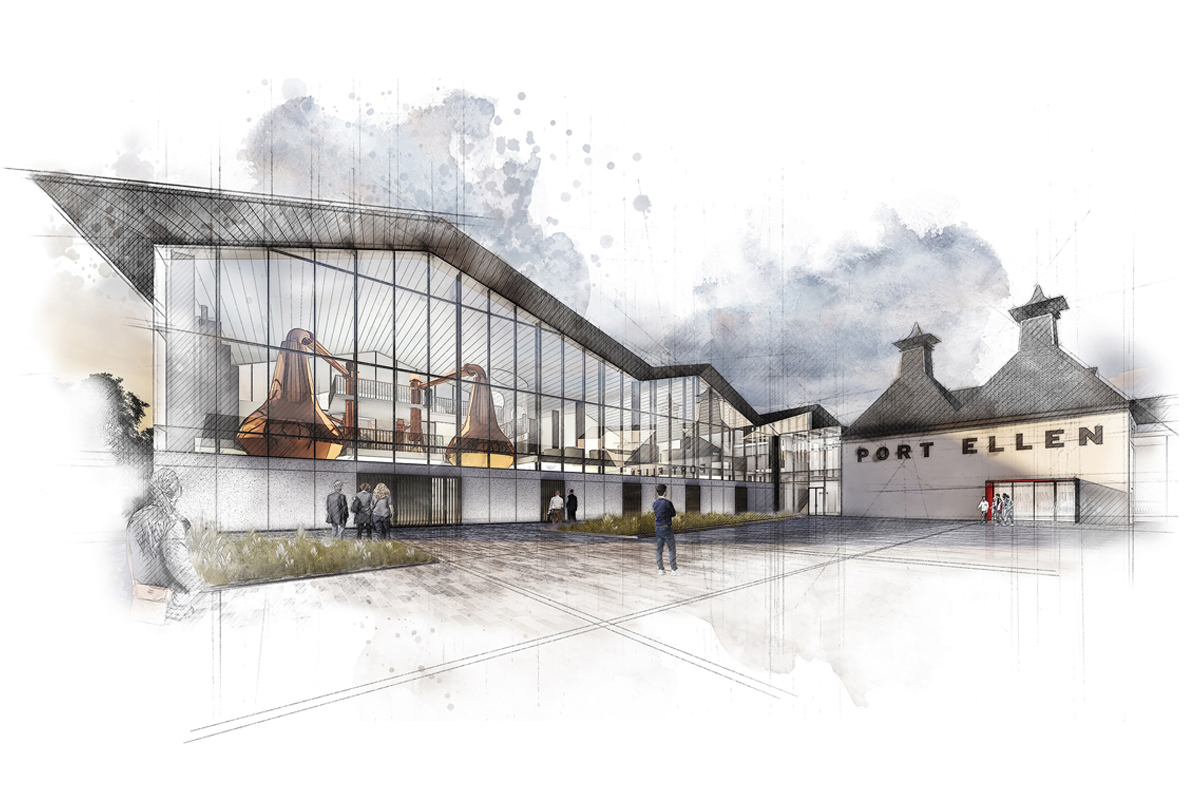 THE revival of Port Ellen distillery on Islay has moved another step closer after plans were given the green light by the local authority.

Argyll & Bute Council has rubber stamped ambitious proposals from Diageo to bring back Port Ellen as part of a £35 million project which will include the revival of Brora Distillery in Sutherland; both distilleries have been closed since 1983.

Under the Port Ellen plans, the pagoda-roofed kiln house at the distillery, which was first opened in 1825 and was closed and partly demolished in the 1930s before being rebuilt in the 1960s, will be restored along with the traditional seafront warehouses.

The project will also see the addition of state-of-the-art production buildings, including a new stillhouse which will be home to two pairs of copper pot stills – two of the stills will replicate the original Port Ellen stills, while the second pair of smaller stills will produce alternative spirit characters enabling the team to experiment with new whisky styles.

Georgie Crawford, the master distiller leading the Port Ellen project, said: “We are incredibly excited to begin the next phase of the project and to make our long-cherished dream of restoring Port Ellen distillery a reality.”