WHEN Tony Pierotti arrived in Scotland with wife Giuliana from his native Tuscany in 1962, he harboured a long-held ambition: to open and operate his own Italian restaurant.

Within two years working in the trade, he had launched his first venue – Izzi’s Grill & Cafe – in Renfrew.

However, it would be another decade before his dream was fully realised.

In 1974, Tony moved across the road to open Piccolo Mondo – Italian for ‘small world’ – on the town’s Hairst Street, which the family successfully operated for 15 years.

But with Glasgow beckoning, the Pierottis made the difficult decision to sell their Renfrew site in 1989 and opened a clutch of Italian restaurants across the city, including La Riviera in the west end (which is now for sale) and La Fiorentina on Paisley Road West, which was laterally leased out. 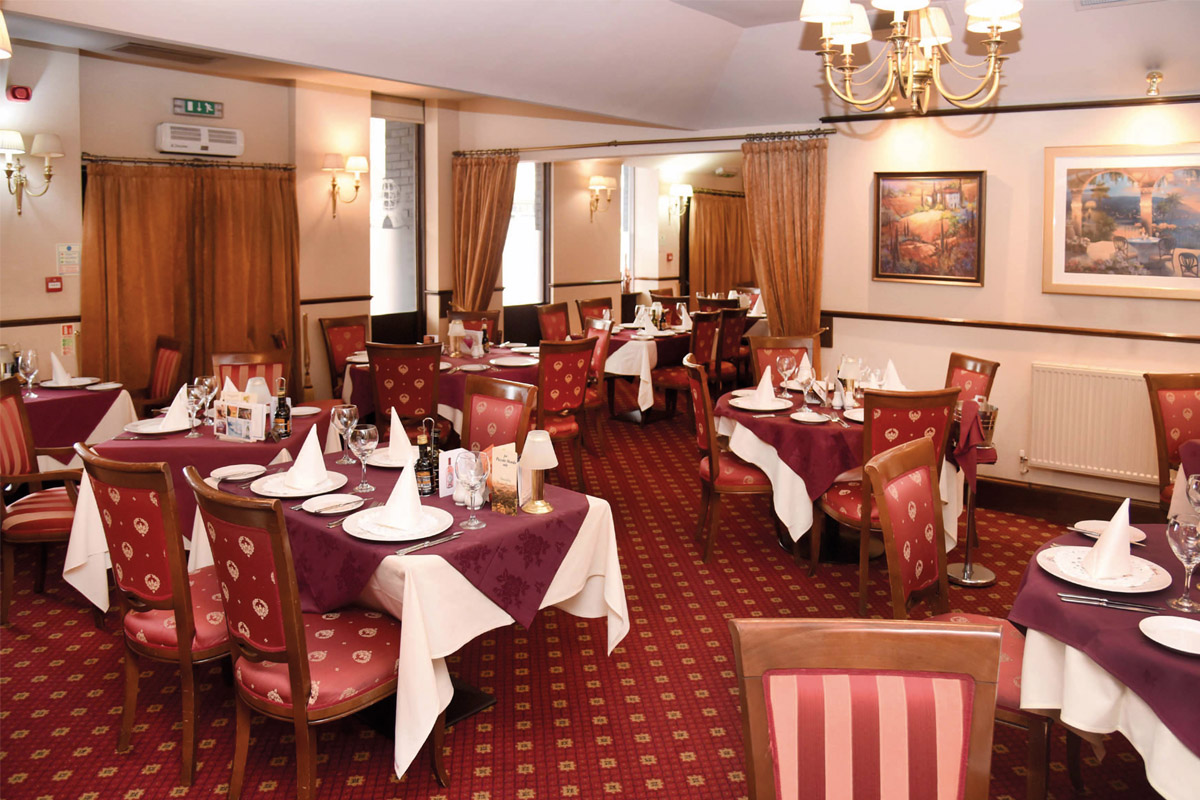 It wasn’t until 2005 that the Piccolo Mondo name resurfaced, when the family opened a restaurant bearing the name on the city’s Argyle Street.

Tony’s son, Lio, who is heavily involved in the business, happened to speak to the owner of the Renfrew unit, which, by 2011, was closed.

Upon learning it was vacant – and having regretted selling it in the ’90s – Tony seized the opportunity to take the concept back to its roots and, following an extensive £500,000 refurbishment, opened Piccolo Mondo’s doors in Renfrew once more.

Stepping into the Hairst Street unit, it’s clear that the restaurant is rooted in traditional style and service – from the tablecloths to the piano in the corner, which features a live pianist in the evenings.

A timeless approach has also been taken with the menus, which offer various set packages.

“People are quite keen on our Celebration Menu,” said Tony.

“It’s a package – that goes very well because people come to the restaurant and they know how much they are going to spend.”

They also know they’re getting a consistently high-quality product, with the business having won a number of awards over the years.

Tony puts this down to the skill of his kitchen team, which includes his wife Giuliana and head chef Simone Bertolacci, as well as the use of fresh ingredients.

“I think it’s down to the quality,” said Tony.

“It’s the most important thing.”

If you don’t have the enthusiasm, don’t do it anymore. But for me, it’s still there.

Attentive service is another vital aspect of Tony’s operation, which is aided considerably by his staff, many of whom have been in post for years; restaurant manager James Major, for instance, has worked in the unit since 1976.

“Success is also about the service,” said Tony.

“James is good for the service – he knows the job. My right arm down here is Jim (James). He’s always been the best man for us and puts in 100%; we have a good relationship.”

For James, it’s been an easy decision to stay with the Pierottis down the years.

“Tony and Giuliana have been really good to me over the years. And respect goes a long way; it works both ways.”

However, while the business has benefitted from loyal staff and customers alike, it’s not been without its challenges.

“We try to keep up with the trends and the way people eat, but it’s not easy,” said Tony.

“New places opening in Paisley and Braehead took away some business.

“I love the challenge, but it’s more difficult now to open a business than years ago. Twenty years ago, it was easy, I must admit, it was.”

Despite some difficulties in today’s trade, the Pierottis expanded once more four years ago, with the opening of Luna Rossa in Renfrew.

And Tony said he can’t see himself anywhere other than hospitality.

“I’ve been here half a century in this business,” he said.

“I’m scared to pull away and retire. I’m not going to retire while I’ve got life in me, because I still want to come in every morning.