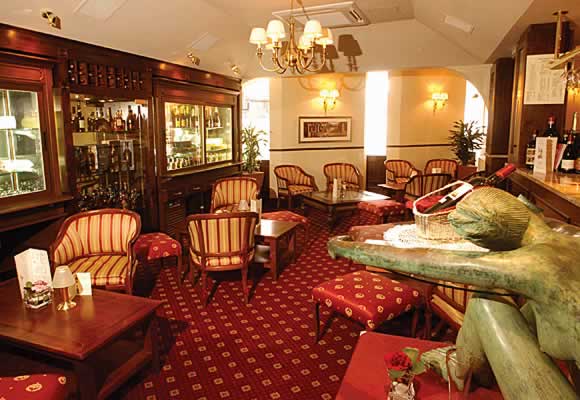 Family brings Piccolo Mondo back to life in its original location

WHEN Piccolo Mondo reopened its doors in January of this year, it marked a significant milestone for the Renfrew restaurant.

It saw the founding Pierotti family buy back the premises and restore to it the Italian restaurant concept they established 22 years ago.
Originally opened by husband and wife team Tony and Giuliana Pierotti in 1974, 12 years after they arrived in Scotland from Tuscany, Piccolo Mondo, Italian for ‘small world’, was owned and run by the family until 1989.
After selling up, the Pierottis went on to open a string of Italian restaurants around Glasgow, including La Fiorentina on Paisley Road West and La Riviera in the west end, before they revived the Piccolo Mondo name in Argyle Street in 2005.
However, when they discovered last year that the original Piccolo Mondo site in Renfrew was vacant, they seized the chance to take the concept back to its roots.
Bolstered with an enlarged management team, which now includes Tony and Giuliana’s son, Lio, his wife Suzanne and financial director Lynne Grossman, the Pierottis employed Glasgow-based architectural firm Revamp to bring Piccolo Mondo back to life in Renfrew.
The premises most recently traded as an American-style bar and grill. But it has since received a top to toe refurb which involved lowering the ceiling and relocating the bar; the work took place late last year.
In keeping with the original Piccolo Mondo and its sister restaurant in Glasgow, there is a strong Italian theme running through the design, with much of the furniture having been imported from the Pierottis’ homeland.
Dark wood cabinets house the restaurant’s wine and spirits range, while the bar itself is topped with granite. A raised private dining ‘balcony’ houses a single table and is separated from the main restaurant by a low, villa-style wall. 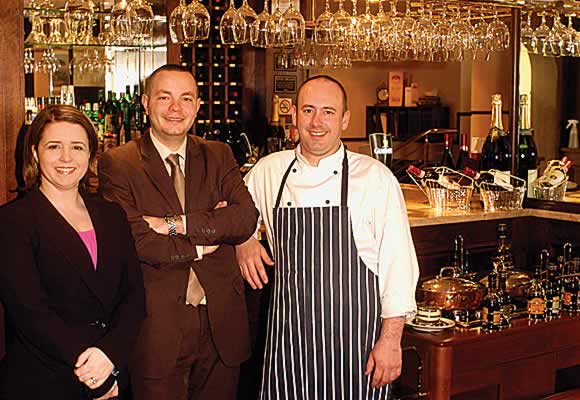 In the evenings, the 75-cover restaurant is lit mainly by candles to accentuate the intimate feel of the space. “We wanted to keep it almost like a replica of [the] Glasgow [restaurant],” Lio told SLTN.
“You can’t get it exactly the same, but that’s what we’ve tried to stick to, for that warmth, that relaxing atmosphere.”
Under the watch of head chef Steven Faulds, who has worked with the Pierotti family for more than a decade, the traditional Italian flavour carries through to the menu, which features many of the dishes served in the original Piccolo Mondo in the 1970s.
The family has also retained its three-course ‘celebration dinner menu’, priced at £55 for two people, which was originally introduced in 1976. Diners can choose from a selection of starters, main courses and desserts, as well as an aperitif, bottle of wine and an after-dinner liqueur.
The menu’s authentic Italian flavour is reinforced by meats and cheeses imported from Tuscany.
A 200-strong wine list, that includes a large number of Italian wines as well as a selection from other countries, is designed to complement the food offer.
Lio said the team works with a number of different suppliers in order to build the best range.
“Every last wine on the list has been tried by myself, my wife or my dad,” he said. “We won’t just pick a wine because of the price. That’s not the way we operate in here, and that’s the same with everything. It’s about the quality, not the price.”
The family is currently refurbishing the Glasgow restaurant after it suffered some water damage during the winter. Things appear to be looking up in the Pierotti world.

Taking up the baton