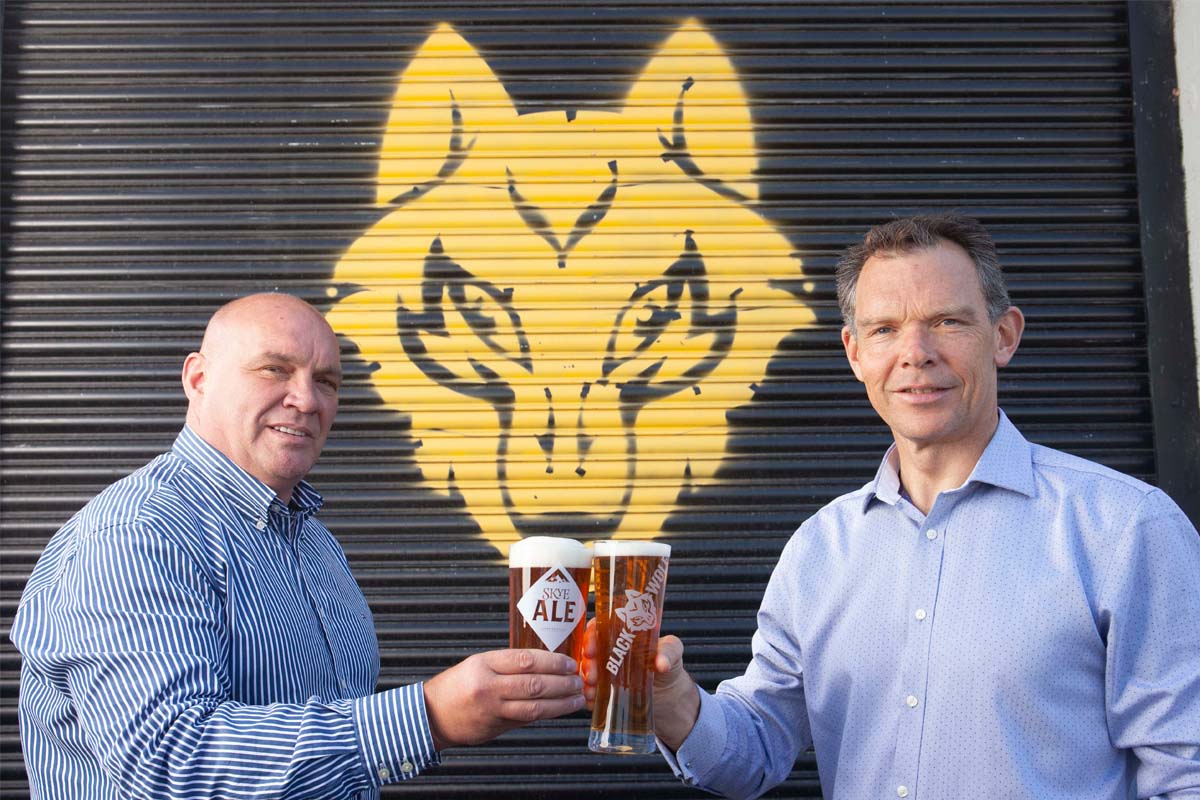 ISLE of Skye Brewing Company expands onto mainland Scotland today (June 28) with the acquisition of Black Wolf Brewery in Throsk, near Stirling.

The deal sees Isle of Skye take ownership of Black Wolf’s brewing and bottling facility as well as its brand and 12-strong range of beers – which include Rok IPA, Lomond Gold and 1488.

Black Wolf was sold by former owner VC2 Brands to allow that company to focus on its other brands, which include Boë Gin and Stivy’s.

Isle of Skye Brewing was founded in 1995 and purchased by Kenny Webster in 2013. Its beers include Skye Gold, Red, Black, Blaven and Skye Craft lager.

Webster said: “The purchase of Black Wolf Brewery from our friends at VC2 Brands is a hugely positive move for both businesses. For Skye Brewing in particular, by having our own owned bottling facilities, we’ll be able to meet current growth demands and look at additional opportunities, such as introducing new SKUs which would be another growth area for the brand.

“Skye Brewing has gone from strength to strength since the first brew back in 1995. Our talented team will continue to produce our award-winning range on Skye, and we look forward to bringing a taste of the island to more people as we increase production thanks to the new deal.”

Graham Coull of VC2 Brands said the deal will “secure the longevity, growth and future for both brands and wider businesses”.