Cocktails continue to adapt to the times 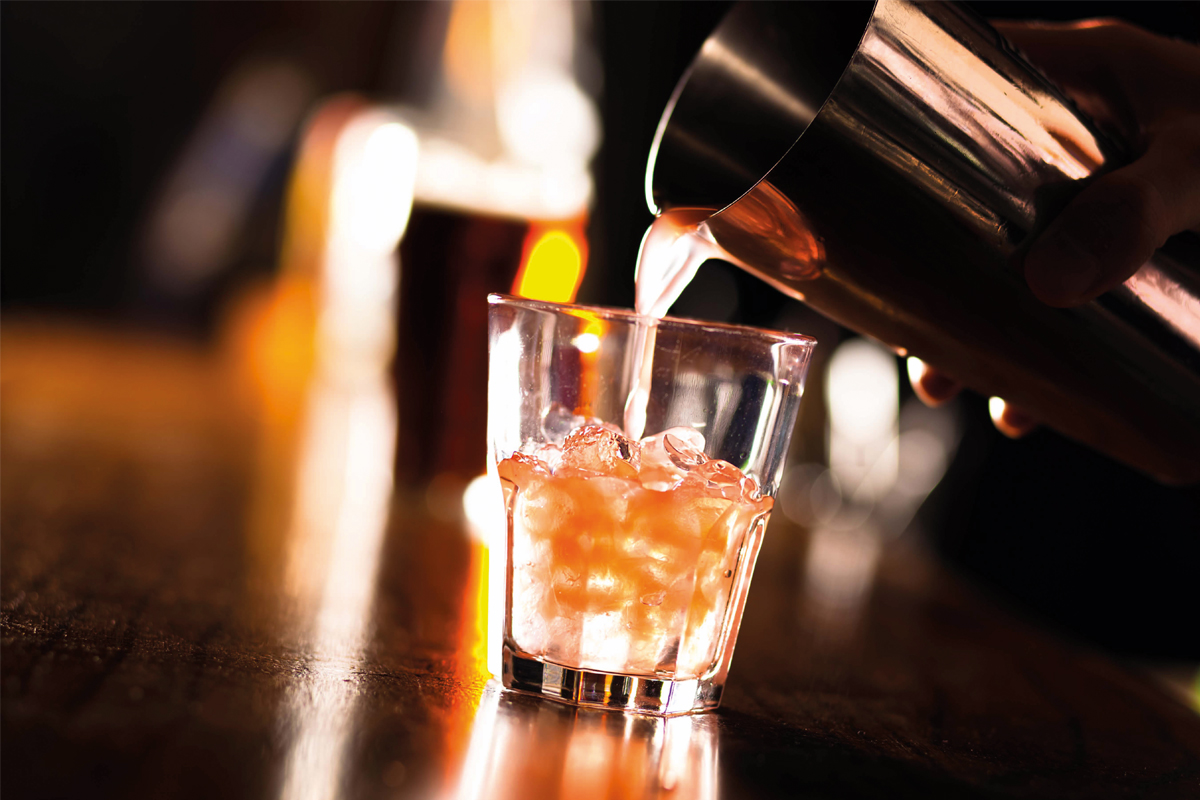 COCKTAILS have been a feature of drinks menus since at least the 19th century and it’s safe to say that they have provided a canvas for creativity ever since.

From complex creations battling it out in competitions to more laid-back, everyday serves with only a few basic ingredients playing off each other, cocktails can cover a lot of ground.

And the scene is constantly in flux.

While many venues will be able to keep customers happy by offering a few of the well-known classics, there will always be customers keen to keep up with the cocktail cutting edge.

For venues catering to this crowd, knowing what’s coming next is crucial.

And while no one has a full-proof crystal ball, drinks companies can be well-placed to predict the spirits, garnishes and ingredients lining up to be the ‘next big thing’.

On the spirits front gin has clearly been the big story of the past few years, but Amy Burgess, senior trade communications manager at Coca-Cola European Partners (CCEP), reckons that rum could be set for a similar renaissance.

The importance of environmentalism is being stressed by everyone from politicians to pop stars.

And on the more tactile side, Burgess reckoned there is a demand for “varied textures such as jelly, foam and effervescence” as well as visual elements such as dry ice and colour-changing ingredients.

The last few years have brought something of a cocktail renaissance to the UK and as the popularity of mixed drinks has grown, more people have started to experiment with mixology in their own homes.

Thomas Bennett, trade marketing controller at Global Brands, distributor of the Jungfrau and Teichenné liqueurs, among others, said some of this home-experimentation has started to feed back in to the on-trade.

“Notably, the use of flavours such as beetroot, peppers and carrots have been used to challenge the palate of consumers and outshine the experience drinkers can create for themselves in the home.”

Wider food and drink trends are likely to influence the cocktail market as well.

Teddy Joseph, senior whisky specialist at Edrington-Beam Suntory – which counts The Macallan, The Famous Grouse and Laphroaig whiskies in its portfolio – said dietary restrictions, whether due to allergies or personal preference, are already influencing drinks lists in some venues.

“Bartenders have done well to respond to this change in attitude by incorporating alternative ingredients such as milk substitutes and kombucha to create low-sugar, dairy-free and vegan alternatives to traditional cocktails,” said Joseph.

He highlighted signature serve the Naked Grouse Aquafaba Sour as an example of this.

The cocktail, based on the company’s Naked Grouse whisky, contains aquafaba – the water left over from cooked chickpeas – in place of egg white to create the classic ‘sour’ texture.

And with the importance of environmentalism being stressed by everyone from politicians to pop stars, sustainability is likely to become one of the dominant trends in cocktails in the months and years ahead.

Katie Macleod, operations manager at Orkney Distilling, the company behind Kirkjuvagr gin and which operates a bar at its distillery, said there is a trend towards using locally-sourced ingredients as well as edible garnishes to avoid wastage.

“Plus, we only use biodegradable straws and wash and re-use our cocktail stirrers,” said Macleod.

Ellie Jones, marketing manager at Love Drinks, distributor of El Dorado rum and Four Pillars gin, said consumers have become “turned off by huge wastage and masses of plastic”, and so it makes sense for operators to try and improve the sustainability of their drinks.

She predicted a “less flamboyant” style of cocktail serve, with more of a focus on the liquid itself.

“I think it will be a good thing as a more minimalist approach will mean less waste plus a greater focus on the quality of the liquor and the skill of the mixologist, which I think makes for interesting drinking,” said Jones.

And Cam Dawson, UK brand ambassador for Jack Daniel’s, said there is also a clear financial advantage to reducing waste.

Using leftover citrus fruit as an example, he said: “One simple thing bartenders and operators can look to do is to utilise cocktail ingredients that minimise food waste.

“Rather than throwing the spent shells of your citrus after juicing, try maximising the fruit’s output by creating syrups such as oleo sacrum with the zest for use in other cocktails.

“This is a really creative addition to a cocktail list but makes the process more sustainable.

“Your manager will also love this as it’s more cost effective for your bar and smart business!”