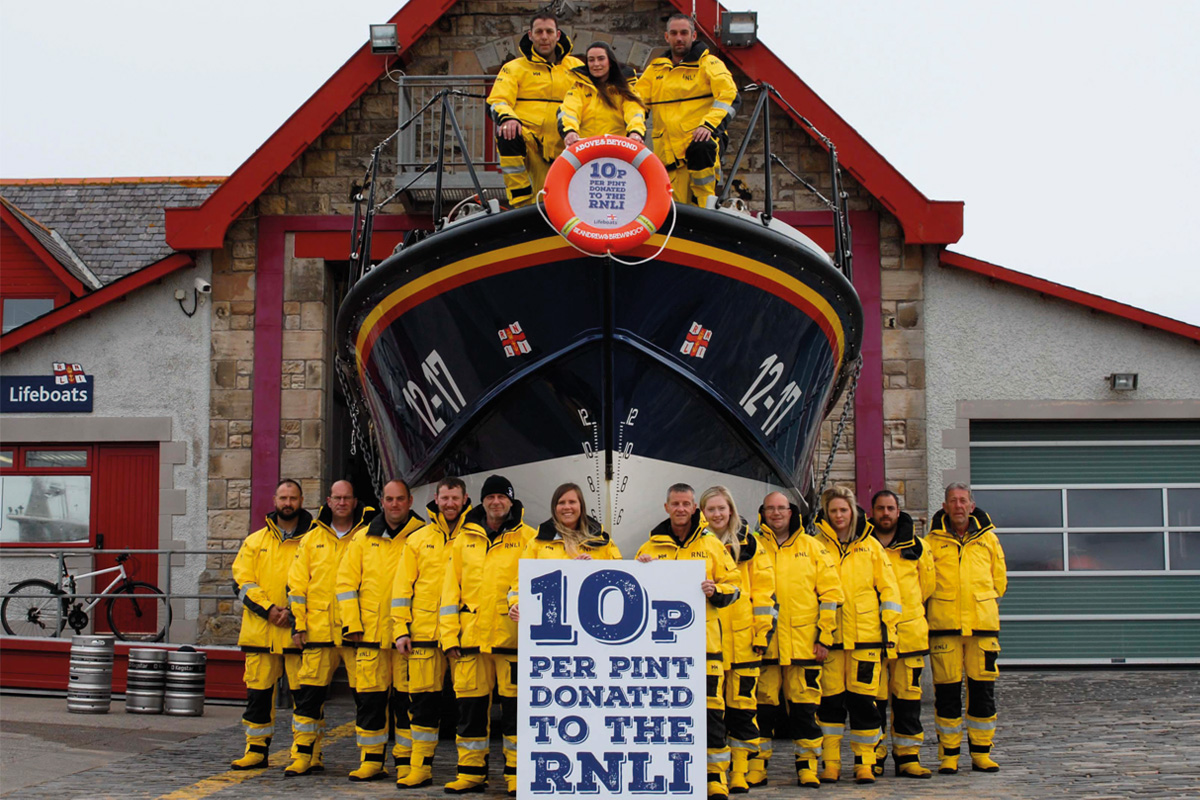 A FIFE brewer will be helping to save lives at sea through the launch of a new beer.

The RNLI, which relies on volunteers and supporters to operate its fleet of lifeboats, will receive 10p from every pint and 5p from every can of Above & Beyond that is sold.

Ben Wallace, sales manager at St Andrews Brewing Company, said the charity and its volunteers do “a fantastic job for our seaside communities around the whole of the UK”.

“The more beer sold the more money we can raise for the RNLI,” said Wallace.