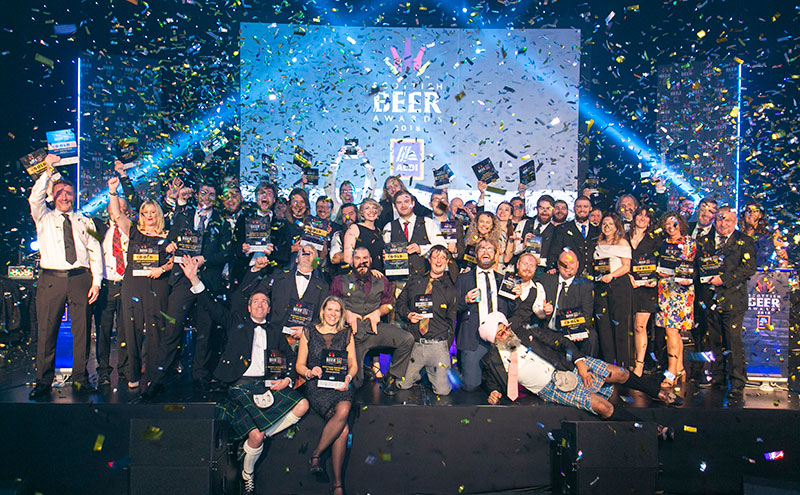 STEWART Brewing, Eden Mill, Brewdog and Drygate were among the breweries to pick up trophies at this week’s Scottish Beer Awards.

Nearly 400 guests gathered in Edinburgh as awards were handed out in more than 20 contested categories.

Stewart Brewing took the top award of the evening, being named Scottish Brewery of the Year.

Belhaven Brewery won Beer of the Year for its Twisted Grapefruit IPA and Scott Williams of Williams Brothers was named Master Brewer of the Year.

Hilary Jones, chair of the judging panel, said: “Now in its third year, the Scottish Beer Awards is an eagerly-awaited celebration firmly fixed in the UK brewing calendar. With a proven record of inclusivity and collaboration across the whole sector, these awards are truly representative of an exciting industry making first class products. To see so many breweries, both large and small, triumph this evening is hugely encouraging and a sign of the growing success of Scottish companies in the world of brewing.”

Master Brewer of the Year

Emerging Brewer of the Year

Growth Business of the Year

Innovation of the Year

Exporter of the Year

Product Development Team of the Year

Beer Bar of the Year

Beer Destination of the Year

Beer Event of the Year