Former economics student is now mixing it with the bartending best 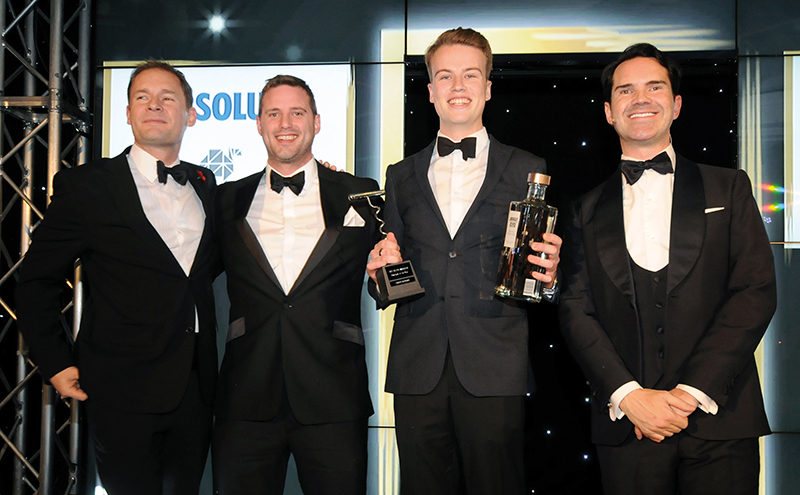 SUMMER has hit in Glasgow. It’s Friday afternoon and students from the city’s university are enjoying post-exam R&R in the sunshine at the neighbouring park.

Two minutes away in the flourishing Finnieston district, Jamie Moran, head bartender at the Kelvingrove Café and himself a former economics student at Glasgow University, is about to start his shift.

Firstly, though, he takes some time to talk to SLTN about his four years as a bartender, a move which saw him swap John Maynard Keynes’ theories on liquidity preference for an altogether different set of theories on mixing alcoholic liquids.

“I left university in my final year, basically because I could not contemplate doing a dissertation,” said Jamie.

“For three years I did pretty well and I was on for a decent grade.

“I wasn’t flunking, it had just come to a point where I had to make a decision.

“I had no idea what I’d do with an economics degree and here was something that I loved and was good at so I made my decision and left university to pursue it as a career and threw myself straight into it.”

That attitude has paid dividends for the 24 year old, who capped a personally prolific year in 2017 by winning the SLTN Mixologist of the Year Award, in association with Absolut and Barnomadics.

“It was a huge honour, I had been going for the award for a couple of years,” he said.

“On the night I knew I was up against good friends so I was saying I wouldn’t mind if any one of us won, but I really would’ve minded if someone else had won!”

The award was a big moment in Jamie’s trade career, which began six years ago when a move to Glasgow to study meant book and beer money was required and he took a part-time job at nightclub Bamboo.

From there, he progressed through a string of city venues, including The Social, and The Tiki Bar and Kitsch Inn, where he first went full-time.

A move to The Finnieston on Argyle Street followed, before heading to The Kelvingrove Café, just a stone’s throw away.

During this journey, Jamie’s ascension in the cocktail scene was rapid.

After a course at Tennent’s Training Academy, the then student began devoting himself to the art of mixology.

He said: “I started buying things for my house, different equipment and books, etc.

“I was playing about with loads of things and that led to me entering my first cocktail competition. It all happened really quickly.”

From the nerves of that first competition, Jamie announced the earnestness of his intentions with victory at the Scottish heat of a competition for Wild Turkey bourbon in Edinburgh.

More recently, he made the GB semi-finals of Diageo Reserve’s World Class bartending contest and travelled to Kentucky and New York with Buffalo Trace, where he said the Big Apple’s world-leading bar scene made an indelible impact on his approach to drinks.

Looking ahead, Jamie has designs on making the move from bartender to operator but for the time being he is enjoying life, leading the bar staff at his current venue, which is independently owned by the Oattes family.

“The aim is to open a place, or two, but there is no time frame on that,” he said.

“I’d also like to do a year in New York at some point in the future but I’m very happy where I am just now.”