Matching soft drinks with food, and focusing on quality presentation, can grow sales 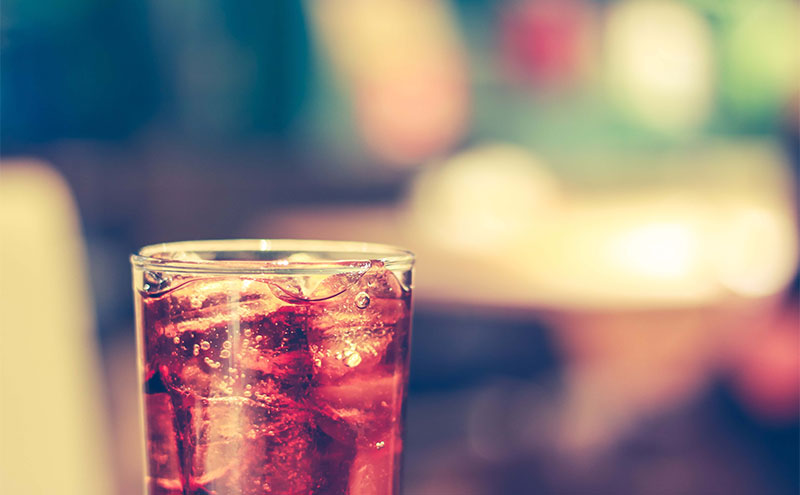 IT’S no secret that food has become a considerably more important part of the offer in many licensed premises over the past decade, and hand-in-hand with this has been the growing significance of soft and other non-alcoholic drinks.

From the smoking ban and lower drink drive limit through to the general trend towards healthier living, a range of factors has helped push soft drinks into a more prominent position in Scotland’s licensed premises.

“For a few years now we’ve talked about how operators should focus on the rise of the teetotal consumer,” said Simon Harrison, customer marketing director at Coca-Cola European Partners.

“The trend is particularly key for those looking to attract millennials, as nearly a quarter of under 24s in the UK are now choosing to not drink alcohol at all.”

And while even wet-led venues will be paying more attention to their soft drinks offer in 2018, it’s in those outlets where food is a significant part of the offer that soft drinks will really come to the fore.

According to Britvic, soft drinks feature in more than half of ‘with food’ occasions in the on-trade, with that share having grown in 2017.

And growing sales of soft drinks during the summer months can be relatively straightforward, said the firm.

Russell Goldman, commercial director, foodservice and licensed, at Britvic, advised operators to highlight their ranges as much as possible.

“It’s important to be aware that 72% of guests would order soft drinks specials if highlighted on the menus, so it’s key for operators to feature soft drinks more in food occasions,” said Goldman.

“80% of guests like staff to recommend drinks that complement their meal, so operators need to ensure staff are aware of which drinks go with the food types that are more typically eaten throughout this season, such as barbecued food, salads, etc.”

Adrian Troy, marketing director at Barr Soft Drinks, agreed with the importance of a high-profile display.

He said: “To drive visibility, we encourage outlets to ensure that they display their soft drinks prominently to let customers see the full range they stock and always include soft drinks on any menus.

“Make use of POS from suppliers, as it is proven to have a significant impact on sales.”

And Sophia Blawat, on-premise marketing manager at Red Bull UK, said making a brand more visible to customers “can increase sales by up to 18%, with seven out of ten consumers claiming visibility influences their purchase”.

The importance of visibility extends to the way outlets serve their soft drinks, and Troy, at AG Barr, said that customers are now looking for “an appealing, attractively-served drink”.

“This is very important as people buy with their eyes so if a drink looks good, they will be more tempted to buy,” said Troy.

This was supported by Goldman at Britvic, who said the quality of serve is “key to encouraging customers to stay longer and return to your outlet so it’s very important to consider all year round, especially in summer”.

“And with 83% of consumers more likely to order a drink served in an exciting way if they saw it at another table, there is an opportunity to make great sales from soft drinks during the hot season,” he said.

The general trend towards more premium products is said to be as prevalent in soft drinks as it is in other categories, and so it’s important that licensees stock some premium soft drinks to encourage customers to trade up.

“We have found that many consumers are looking to trade up from the existing range of the most common pre-mixed soft drinks to something they perceive as a more premium product, particularly during the warmer summer months,” said Neil Lunn, UK trade marketing manager at soft drinks firm Supermalt.

But there’s no universal solution when it comes to soft drinks, warned Troy at AG Barr.

“When it comes to serving soft drinks in outlets, one size doesn’t fit all,” he said.

“The key is for operators to understand their customer base and to tailor their soft drinks offer accordingly.”

And with consumers more health-conscious than ever, low and no-sugar soft drinks are said to be increasingly popular in bars and pubs.

Goldman of Britvic said sales of this sub-category grew by £104m in 2017, but he stressed that “taste is still the leading factor” for customers when choosing healthier drinks. This was supported by Blawat at Red Bull, who said consumers rate “taste and health as the most important factors when choosing a drink to buy”.