With summer on the horizon, a good selection of brands can shine 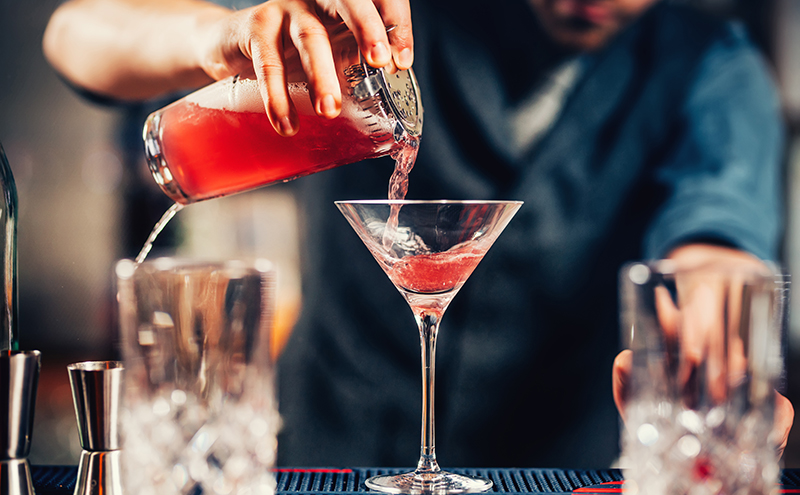 WHETHER it’s in a cocktail or a simple spirit mixer serve, vodka remains very much at the forefront in Scotland’s bars, pubs and clubs.

While other categories have been influenced by the ‘craft’ movement, and received a lot of attention from producers and consumers alike, vodka has made fewer headlines but continued to sell in huge volumes.

So it makes sense for licensees to get their vodka range just right, and drinks firms advised that stocking a number of options to cover all bases – and training staff on the story behind the brands – is the best way to cater to vodka drinkers as summer approaches.

“Vodka is the largest spirit sub-category in the on-trade, so it’s important that operators don’t neglect it at the expense of smaller, trending spirits,” said Andrew Nunney, category, shopper and insights director at Accolade Wines, which stepped into the market for the first time last year with the launch of its Echo Falls Summer Berries Vodka.

And demand for the spirit could be set to grow as the weather changes, according to Scott Dickson, marketing manager at Loch Lomond Group, producer of Glen’s vodka.

He said: “Vodka is the spirit of choice as a base for both classic and innovative cocktails. As we move out of the winter months and into longer days, we expect to see a further spike in demand for cocktails [and subsequently vodka], especially longer refreshing mixes to enjoy outdoors.”

When putting together the optimum vodka range, customer base and trends should be taken into account.

“For example a familiar option, a premium trade-up, and a more craft or ‘discoverable’ option with different ingredients or processes,” she said.

It’s well documented that a number of flavoured vodkas have entered the market in recent years and they are said to have enjoyed great success, with sales in Scotland up 33% year-on-year according to recent figures from CGA.

However the market is continuing to change, said Gallagher of William Grant & Sons.

“Flavour has moved away from confectionary towards more natural and interesting profiles,” she said.

“Consumers are becoming more adventurous so vodka flavour ranges are adapting, moving away from things like butterscotch towards alternatives such as real fruit flavours, even towards some more progressive superfoods like acai berries.”

As we move out of the winter months we expect to see a spike in demand for cocktails and vodka.

Once a revamped vodka range is ready to be introduced, Dickson of Loch Lomond Group said operators should encourage customers to try different options.

“Pubs and bars should look to encourage sales with introductory pricing and tempting offers such as mix of the month or cocktail of the week, to drive interest and up-sell from a regular vodka and mixer,” he said.

“It is also important to have a menu of cocktails and serve suggestions to suit every taste and to keep customers interested.”

“Each brand has something that makes it special, and little titbits of information can make the difference between a generic drink order or a value-adding branded bar call,” she said.

“Employees should be enabled to communicate what they serve and offer.”