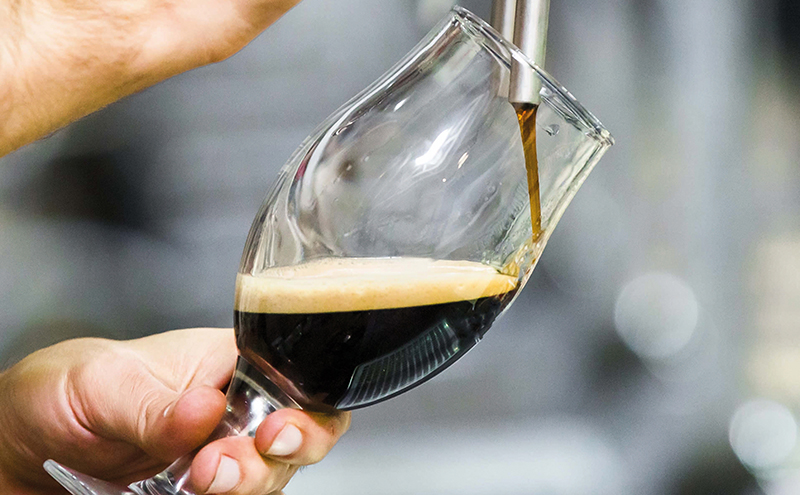 BEER remains the big beast of Scottish bars, with annual sales of over £887 million, according to CGA Strategy.

While the biggest names in the category, including Tennent’s, Guinness, Carling and Belhaven Best, continue to account for the majority of sales in Scotland’s bars and pubs, the companies behind each of these brands is also now active at the ‘craft’ end of the market, with a number of new products being launched.

It’s no surprise. While craft beer still accounts for a comparatively small share of overall beer sales, it is said to be the fastest-growing section of the beer category and seems to be gaining ground across the Scottish trade.

Carling parent firm Molson Coors claimed earlier in the year that around 7.1 million people across the UK are drinking craft beer while “out of home”.

And there’s certainly no shortage of new brands, products and formats for operators to choose from.

In recent weeks, Halewood, parent company of alcoholic ginger beer brand Crabbie’s, expanded into the craft beer market with the launch of its Crafty Ginger Collection. An initial ginger beer and IPA hybrid will be followed in the near future by a stout.

With such a variety of beers now available, licensees have been advised to review their beer range at least twice a year in order to reflect seasonal changes and keep the line-up fresh.

“I would recommend that operators choose a selection of popular permanent favourites to offer on the bar alongside some ‘guest’ lines which change regularly as this would create an interesting range to attract customers in,” said Jo Stewart, co-founder of Stewart Brewing.