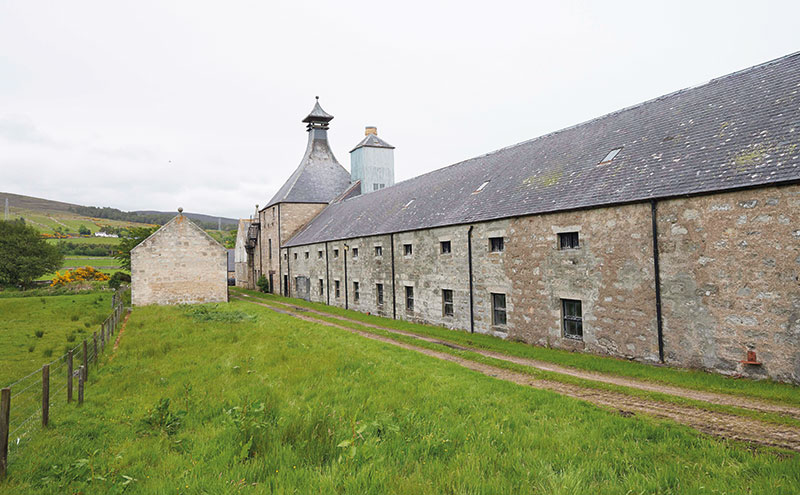 THE future of Scotch whisky is bright – if recent investments are anything to go by.

With no less than three defunct distilleries set for revival, it appears that confidence in the spirit is stronger than ever.

Drinks giant Diageo claimed that its investment in two of the country’s most revered ‘lost’ distilleries is a sign of its commitment to and confidence in the industry.

Its revival plan will see two Scotch whisky distilleries – Port Ellen on Islay and Brora in east Sutherland – resurrected via a £35 million investment.

Whiskies produced by both distilleries, which have both been silent since 1983, have become coveted by Scotch whisky enthusiasts; the ‘ghost’ distilleries are said to have risen to “cult status” among whisky fans and collectors.

For years, whisky enthusiasts have called on Diageo to reopen the closed distilleries.

And now, with growth in the single malt Scotch market, as well as the opportunity to appeal to new generations of whisky consumers, Diageo has decided to press ahead with reviving both distilleries.

Both sites will be reinstated to distil in “carefully controlled quantities”, with the processes and regimes being replicated, where possible, from the original distilleries.

When up and running, Port Ellen and Brora will be among Diageo’s smallest distilleries, capable of producing 800,000 litres of alcohol per year, according to the drinks firm.

The distilleries, which are expected to resume production by 2020, will produce medium-peated whiskies.

This is no ordinary investment. This is a once in a lifetime opportunity.

David Cutter, Diageo president of global supply and procurement – who is responsible for leading the investment programme to reinstate the distilleries – said the company will “take great care to be true to the spirit of the original distilleries”.

“This is no ordinary Scotch whisky distillery investment,” he said.

“This is a once in a lifetime opportunity to bring these iconic distilleries back to life.”

Diageo’s Dr Nick Morgan, who helped build the reputation of both Port Ellen and Brora through the Diageo Special Releases programme (which has run since 2001) said the rebirth of the distilleries “is a great gift to malt whisky lovers everywhere”.

“This is a truly exceptional moment in Scotch whisky,” he said.

“Port Ellen and Brora are names which have a uniquely powerful resonance with whisky lovers around the world and the opportunity to bring these lost distilleries back to life is as rare and special as the spirit for which the distilleries are famous.

“Only a very few people will ever be able to try the original Port Ellen and Brora single malts as they become increasingly rare, so we are thrilled that we will now be able to produce new expressions of these whiskies for new generations of people to enjoy.”

Family-owned Ian Macleod Distillers, which counts the Tamdhu and Glengoyne whiskies and Edinburgh Gin within its drinks stable, has revealed plans to revive the famous Rosebank distillery in Falkirk.

Situated on the banks of the Forth & Clyde Canal, Rosebank has been dubbed ‘the King of the Lowlands’.

As well as acquiring the site from Scottish Canals – and the Rosebank trademark from Diageo – Ian Macleod acquired some Rosebank stock, which it plans to release as limited edition bottlings; since it ceased production in 1993, Rosebank whiskies have since become a favourite with collectors and whisky connoisseurs.

“Rosebank is one of the most respected and sought-after single malts in the world,” said the company’s managing director, Leonard Russell.

“As such, this is an extraordinarily exciting project for us.

“To bring back to life an iconic distillery and quintessential lowland single malt is truly a once in a lifetime opportunity.”

As well as resuming production at the distillery, Ian Macleod will open a visitor centre at the site, which Russell said will “help tell the story of this remarkable whisky – as well as safeguard the atmospheric canal side bond and its important heritage”.