THERE’S no denying that gin has grabbed many of the on-trade headlines lately, but it’s not the only spirit to be performing strongly on the back-bar.

Rum, another industry stalwart, has continued to enjoy some sweet sales.

And while some other spirits categories have seen sales decline in Scottish pubs and bars over the past year, rum has held firm.

As reported in SLTN’s Top Brands feature last issue (August 17), there continues to be a migration from light to dark rum, with sales of white rum having dropped by around £2 million in the Scottish on-trade, while a similar increase was observed in the golden and dark rum sector.

Stephen Rutherford, rum specialist at William Grant & Sons UK, whose rum brands include Sailor Jerry and OVD, said spiced and dark rums “are making good progress due to the resurgence of ‘tiki culture’, with the norm now being for most cocktail bars to have at least one tiki-style drink on [their] menu”.

There’s also an emerging trend of paring back the ingredients in rum serves, according to Sean Duprey, brand ambassador for Angostura, who said bartenders “are becoming more experimental with what types of cocktails they’re making with rum”.

He said: “I’ve also noticed a theme of less is more as it’s becoming more about respecting the spirit, letting it be the star and having all the other ingredients complement the rum you’re using.”

“Particularly in an on-trade environment where premiumisation is becoming more and more important to consumers, providing a sufficient trade-up option within rum is crucial,” he said.

As rum is such a “diverse category with numerous types and regional variations”, Baines advised licensees to “look to drive interest in the category through displaying and sampling different types of rum which will help build consumers experience and perception of their outlet”.

This was echoed by Faith Holland of Captain Morgan parent company Diageo, who offered some tips to grow rum sales.

Holland said operators should “regularly review their range to ensure they are capitalising on these innovations”.

She also stressed the importance of layout – stating that premium products should be positioned at the top of the gantry, while adding that frequent rum drinkers “are more likely to experiment by trying something new… so make sure staff are trained to confidently communicate the range available”. 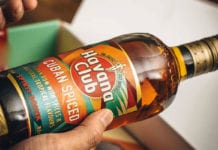 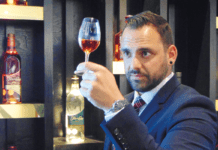 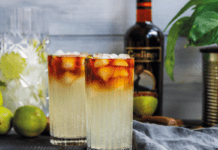