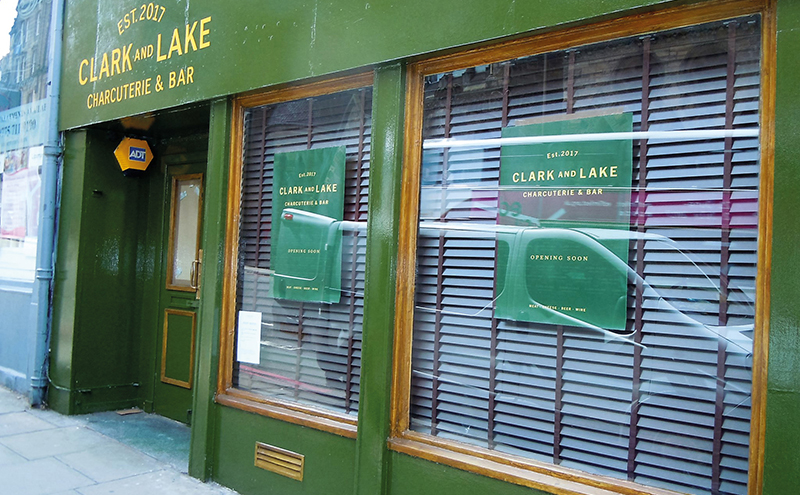 THE west end of Edinburgh is set to benefit from a new charcuterie and bar following the sale of the former Frontier restaurant in an off-market deal.

His experience here and abroad will contribute greatly to the business.

Clark and Lake Charcuterie & Bar was due to be launched as SLTN went to press by Andrew Thompson, who acquired the leasehold of the Gillespie Place premises for an undisclosed sum from an asking price of £50,000.

Thompson has refurbished the outlet, which is located in an area said to be popular with theatre-goers, and introduced a charcuterie menu featuring Spanish, Italian and British cured meats, cheeses and an ever-changing menu of small plates, partnered with a hand-picked list of wines and beers.

Alan Goldie of property firm The Restaurant Agency, which brokered the deal on behalf of seller Terry Soe, said: “We are delighted to have assisted in the sale of this well-established location (formerly Jacques Bistro prior to Frontier) and enthused the landlord has been accommodating on taking on board a new operator and concept into what is an exciting offering to the market.

“Having known Andrew for some period of time I am sure he will make this concept work and being well travelled and spent much of his recent years in Barcelona in the music industry, his experiences both home and abroad will bode him well and help complete a strong blueprint for his business.”