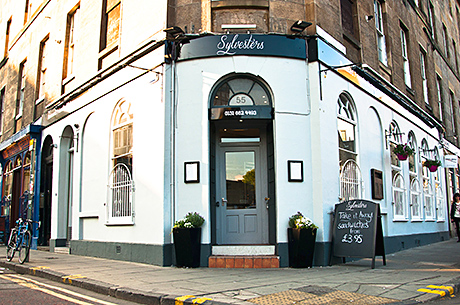 AN Edinburgh bistro has been rebranded after changing hands.

The former Pink Olive on West Nicolson Street has been renamed Sylvesters after the Sylvester family bought the outlet from the McBride family, which has owned it for the past five years. The deal was brokered by the Restaurant Agency, on behalf of the Sylvester family, and Christie & Co, which acted on behalf of the vendors.
Located close to Edinburgh University’s main campus, the 40-cover restaurant is being run by husband and wife team Kieran (chef) and Nicola (director) Sylvester.
“We are delighted the bistro has been acquired by the Sylvester family who had instructed us to source a suitable business to launch their new concept,” said Alan Goldie, director at the Restaurant Agency.

Image – The outlet is close to the university.

Arbroath pub on the market

Season set to change in Leith

Village hotel up for sale