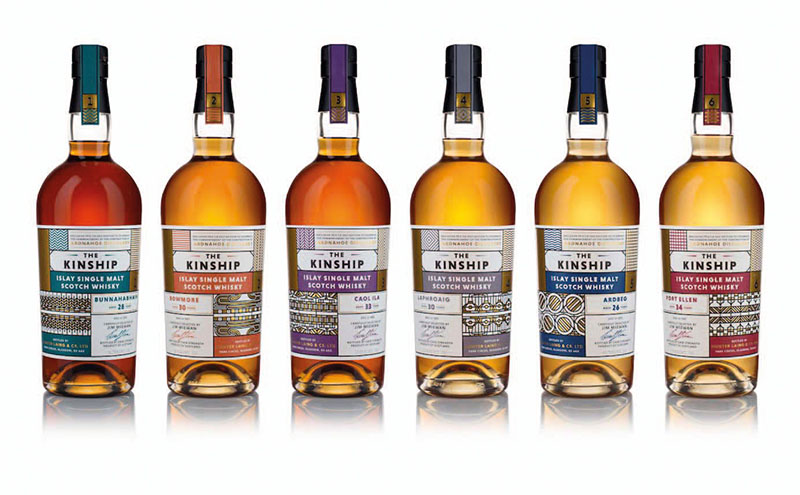 Called The Kinship, the six single cask Islay whiskies have a combined age of 181 years – and are said to be among the rarest casks the firm has ever released.

The Kinship range is available in limited quantities exclusively via Hunter Laing’s new shop on Islay; the firm’s Ardnahoe Distillery will become the ninth whisky distillery on Islay when it opens early next year.
Jim McEwan, who came out of retirement to join the team at Ardnahoe, described the whiskies in The Kinship range as a “tribute to the brotherhood of Islay distilleries”.