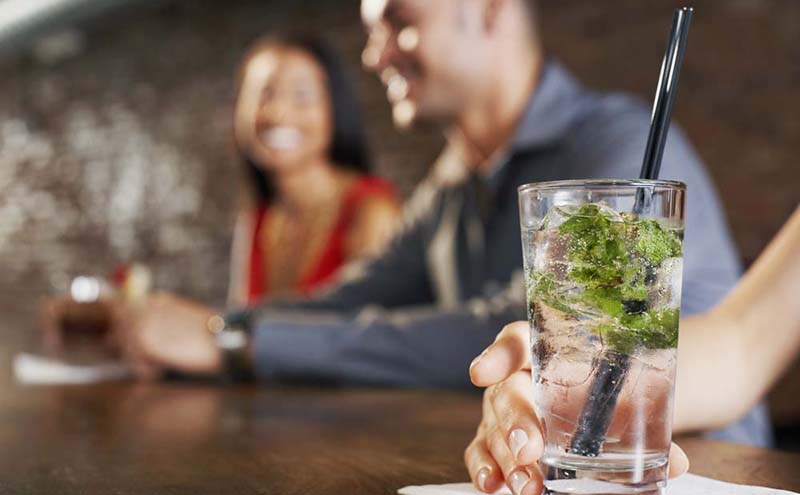 THE on-trade is divided over calls to introduce a mandatory 5p charge for plastic straws in licensed venues.

Waste management company BusinessWaste.co.uk, which proposed the levy, said it would lead to a dramatic reduction in the number of straws used and the environmental damage caused by wasted plastic.

BusinessWaste.co.uk spokesman Mark Hall said it was an “ambitious and achievable” goal to see plastic drinking straws “phased out completely within the next few years”, labelling them “the ultimate in human wastefulness”.

That goal came a step closer to reality last week, as bar chain All Bar One announced it was pledging to end plastic straw use in all its 52 outlets across the UK. All Bar One said the business currently uses approximately 13,000 straws a day and is “committed to making a positive impact on the environment… starting now”.

The group has also called on other bars and businesses to follow suit under its new #StrawsSuck campaign. It aims to provide replacement eco-friendly options to consumers who require a straw.

He said: “It’s an interesting idea, like the charge on plastic bags, when you look at the volume of straws being binned after a single use, it could be a reasonable step to curbing the impact of plastic waste.

“Sometimes there is only so much we, as licensed premises, can do environmentally due to different circumstances so we need to be creative sometimes with what we do.

“In the last three weeks we have only been giving straws to the customers that have asked for them and already I’ve noticed a big reduction in the number we use. It’s a simple thing to do but it can make a difference.”

There is also some public support for a 5p charge for plastic straws.

A recent UK parliamentary petition calling for a 5p charge, which closed early due to the general election, had already garnered over 3000 signatures. It cited government figures on the issue of single-use plastic bags in England, which had dropped by 85% in the six months after the introduction of the 5p carrier bag levy south of the border. In Scotland, where a 5p charge was introduced in 2014, usage was said to have dropped by 80% in the first year.

However, there could be a negative impact on the licensed trade, which is already facing rises in costs including the living wage and business rates.

Adding a 5p straw charge on top of those increases would be a “ridiculous” move, according to Scottish Licensed Trade Association chief executive, Paul Waterson. “Everyone knows how difficult it is to make money in the licensed trade at the moment and this is just another service we would have to deny to our customers,” said Waterson.

“If you go overseas you order a drink and sometimes you’ll get crisps, nuts, fruit and straws with it. We used to do things like that in this country, a long time ago, but now everything we try and do for the customers is slowly being eradicated.”

Others were more neutral.

Matthew McKean, manager of Biggar’s Crown Inn, said that although he didn’t think it was a good idea, he could see why some might.

“I think it would annoy people more than anything else at first; many drinks with garnishes need a straw,” said McKean. “Although, I can see how it would work, forcing people to use less and cut down on waste.”

Eddie Gershon, spokesman for J D Wetherspoon, said the company doesn’t put any straws in drinks but instead leaves them for customers to take as they please.

He added that the pub giant is “aware of the potential 5p charge on straws in pubs and it is something we are looking at within the company”.