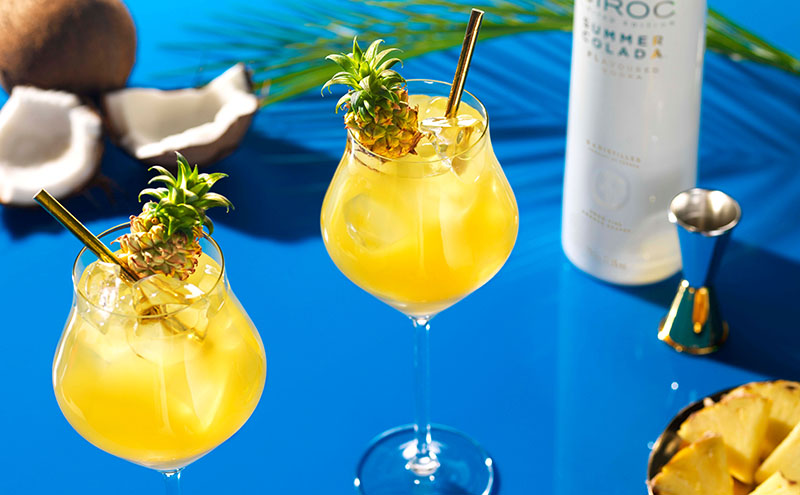 CÎROC’S first limited edition seasonal variant has been launched in time for summer.
Parent firm Diageo extended the vodka range with the launch of Cîroc Summer Colada – a blend of pineapple and coconut flavours that is said to emulate the classic flavours of the Pina Colada.

Cîroc Summer Colada is packaged in a white bottle, embellished with metallic accents, including a golden orb as part of the logo.

To support the launch of the limited edition variant, a number of suggested serves have been released, including the Cîroc Colada (pictured); it comprises 50ml Cîroc Summer Colada, 50ml pineapple juice, 10ml lime juice, and is said to be best served in a tall glass with crushed ice and a pineapple wedge to garnish.

Nick Temperley, head of Diageo Reserve GB, said Cîroc “is performing exceptionally well in both the on and off-trade”. “The new expression, Cîroc Summer Colada, will no doubt help accelerate further growth as consumer demand for new flavour profiles continues to rise,” he said.