IT seems you can’t succeed in the on-trade any more unless you’ve got a good food offer, some strong coffee for sale and an entertainment calendar bursting at the seams.

Maybe that’s the conventional wisdom but it doesn’t hold much water in Musselburgh, East Lothian, where The Volunteer Arms has been trading as a family-run independent wet-led pub since 1858.

Known as Staggs for the last few decades, but with The Volunteer Arms sign still on the side wall outside, the historic Musselburgh venue was founded by Haddington-born James Montgomery, who worked as a brewer in Edinburgh and spied an opportunity. 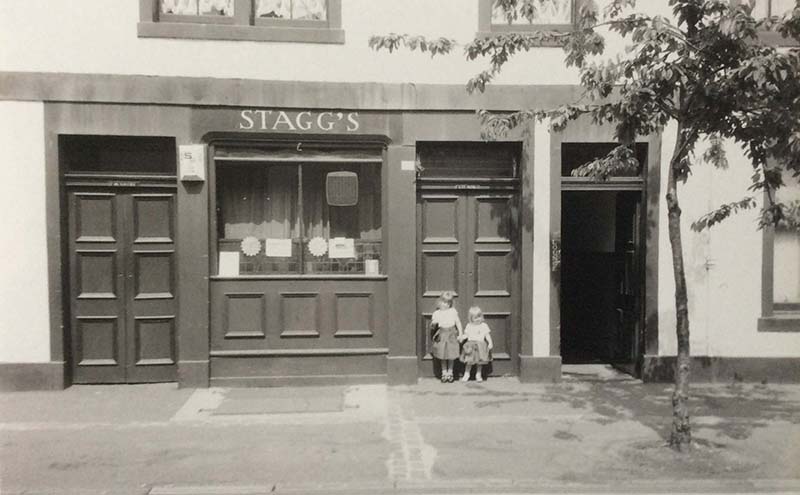 From there, a monarchic family tree branches off down the decades with some fierce but fair landladies taking charge of the venue until current licensee Nigel Finlay took the helm in the 1980s.

Finlay – a direct descendent of James Montgomery on one side and Willie Park Sr., first winner of The Open Championship, on the other – has continued to run Staggs with the same no-nonsense approach as his predecessors, and has no plans of retiring any time soon.

“I’ll probably keep going in some capacity until I’m rolled out in a barrel,” he told SLTN.

“It feels like part of my life. [Staggs] has been here forever. To break with it? I don’t know if I could do that.”
If Finlay ever is ‘rolled out in a barrel’, it will be at the end of a licensed trade career that’s seen him put the family pub on the map as one of the best cask ale venues in the UK.

While the interior of Staggs hasn’t changed much over the last 150 years, the wood panelled walls – much of which dates back to the 1800s – are decorated with over a dozen CAMRA awards, including last year’s certificate for the best real ale pub in Scotland and Northern Ireland, as well as one from 1998 when the venue was named best real ale pub in the UK by CAMRA. 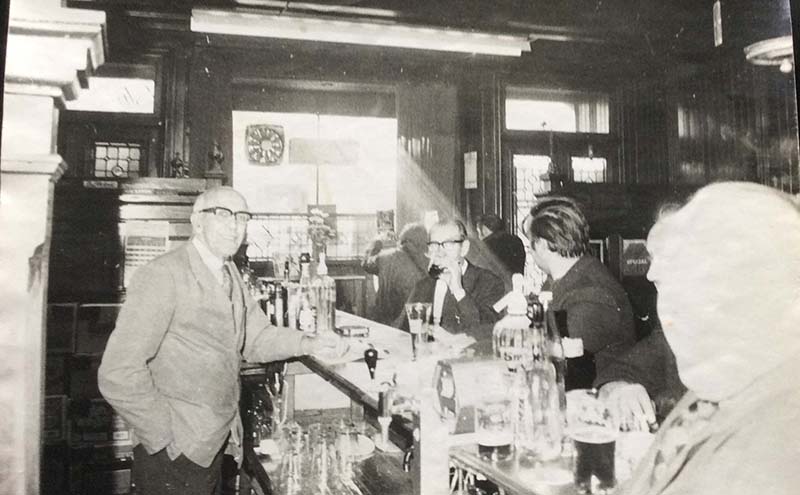 Though the prizes are nice, Finlay has focused on pouring consistent-quality cask beer at Staggs because he believes it’s vital to the success of his business.

“You can’t afford to have rubbish beer on,” said Finlay.
“It’s a false economy to serve someone bad beer.”

Not content to rest on his laurels, Finlay said he reckons the beer on sale at Staggs now is of an even better quality than when the bar won UK pub of the year in 1998, and he recognises that as his venue has improved from an already high standard – the brewers have followed suit.

“The last two years there’s been an explosion,” he said.
“There’s a lot of microbreweries and mid-sized breweries.
“At Staggs, we sell what the customers want.”

Finlay said that he has no problem selling some of the newer brews on the market, but warned that quality is king when it comes time to choose what’s on next.
Even when stocking premium products, it’s easy to go wrong with cask ale, and Finlay reckons publicans have “really got to be hands on” with it.

“You’ve got to expect the unexpected,” said Finlay.
“[Cask ales] don’t always behave, you need to babysit them.
“Life would be easier if you didn’t have real ale, but where’s the challenge in that?”
Babysitting the ale at Staggs has clearly impressed the CAMRA crowd, but it’s also kept the locals happy, allowing a small independent wet-led venture to continue to thrive in an increasingly tough market.

The proof of this is in the reach of Staggs in attracting regulars, with customers coming from as far as Glasgow on a monthly basis as well as Musselburgh, Portobello and Edinburgh.

There are also plenty of days when Staggs is packed for a special occasion, with the traditional pub playing host to everything from wedding receptions to birthday parties – and very nearly a horse on one occasion thanks to an overeager participant in Musselburgh’s traditional riding of the marches.

It’s no surprise that there’s a fair collection of stories from Staggs down the years.
Finlay can rhyme off pub legends like the 1930s mechanic who made the foolish mistake of lighting his pipe in the pub while still soaked in a fair bit of petrol – with predictable results – to the numerous lost and found false teeth. 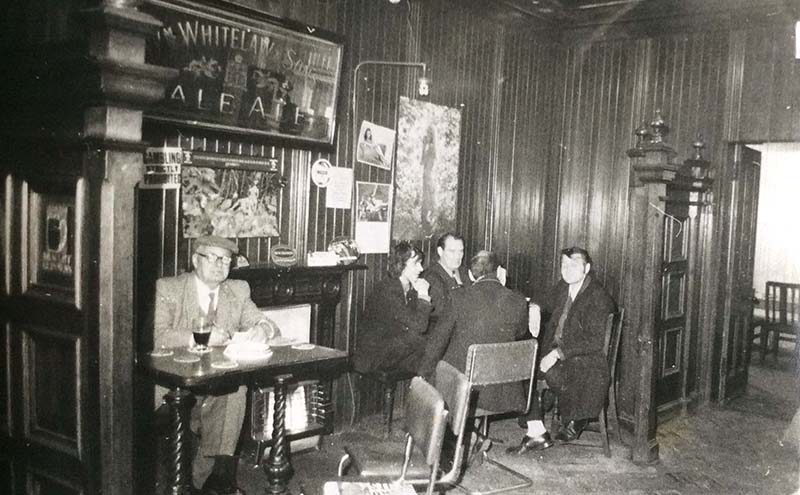 The stories at Staggs continue still, and Finlay said he would like to think his family – daughter Katie McKenzie has been helping to run much of the business with her father in recent years – will be involved for some time yet.

“Certainly I would like to think it would carry on, but the reality is sometimes it just runs out,” he said.
Despite the distant future being uncertain, Staggs seems to be securely in the family for now, with Finlay still appearing to be very much in love with the job.