A GIN created by a Stirling couple in their kitchen scooped the Best New Business Award at the inaugural Scottish SME Business Awards. 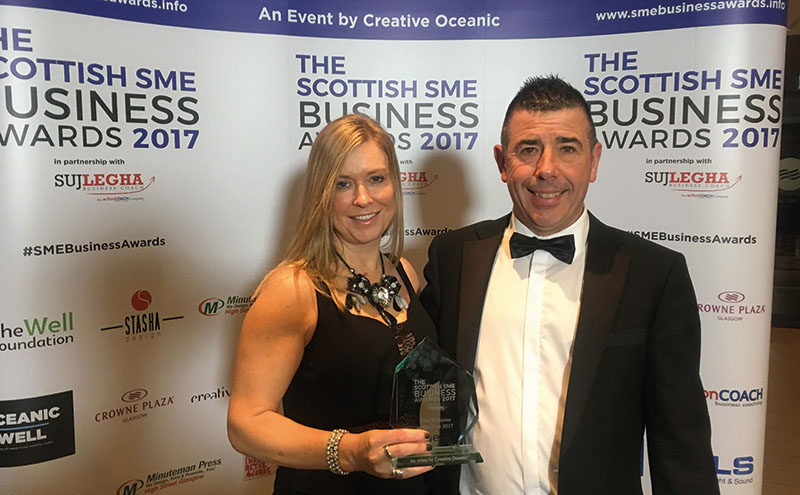 Cameron and June McCann (pictured) saw off competition from six other entrants to take the title, which was awarded to the couple at a ceremony in Glasgow following nominations from across Scotland as well as a public vote.
Stirling Gin co-founder June said: “We were so chuffed to hear Stirling Gin’s name called out and quite surprised as there was a lot of nominations in our category.
“We don’t know who nominated us for the award but it’s great to think that people out there know about Stirling Gin and care enough to put us forward for an award.
“The fact that it was a public vote for the winner makes it very special too and it’s lovely to be appreciated for all the hard work we put into the business.”
Cameron said the couple’s goal was to put Stirling on the gin map by creating a drink named after the city.
“We’re delighted to be recognised with this award, it’s a great honour for us and for Stirling,” he said.
Stirling Gin is said to have gone from strength to strength since its inception and following various tweaks to their recipe, Cameron and June formed a working partnership with Glasgow Distillery; the first batch was distilled in 2015.