Traditional bars have an important role to play, owner says

Pubs across Scotland have weathered their fair share of storms down the years, with the smoking ban followed by the lowering of the drink drive limit sparking real fears of the beginning of the end for many.

Coupled with a changing younger demographic, which is generally looking to drink less and eat out more, and the future of many traditional pubs was cast into further doubt.

I think the wet-led pub in certain villages has got a [big] role to play.

However, like many, Jackie MacGregor, commercial director at property firm ASG Commercial, reckons traditional wet-led pubs have an important role to play.

Having worked at the property company for the last four and a half years (during which time she purchased the firm with her business partner Paul Hart), Jackie also has her fair share of on-trade experience, having owned a number of hospitality businesses over the years with her husband, Jamie MacGregor.

Their first foray into the licensed trade was Forss House Hotel in Thurso, which they purchased in 1995 and ran for ten years until they sold it in 2005. Since then, they’ve owned various other businesses, including the Borgie Lodge Hotel in Thurso; the Dunmore House guest house in Callander; the Balintore Hotel near Tain; and, since 2015, the Union Tavern in Fortrose, which is run by a management firm.

Able to see the trade from two perspectives, Jackie told SLTN she often witnesses conflicting views about the state of the on-trade, particularly the health of wet-led pubs.

She said she frequently encounters “a sort of general consensus, which is that the wet-led pub is dying because of the smoking [ban] and all the various other things that have affected pubs”. 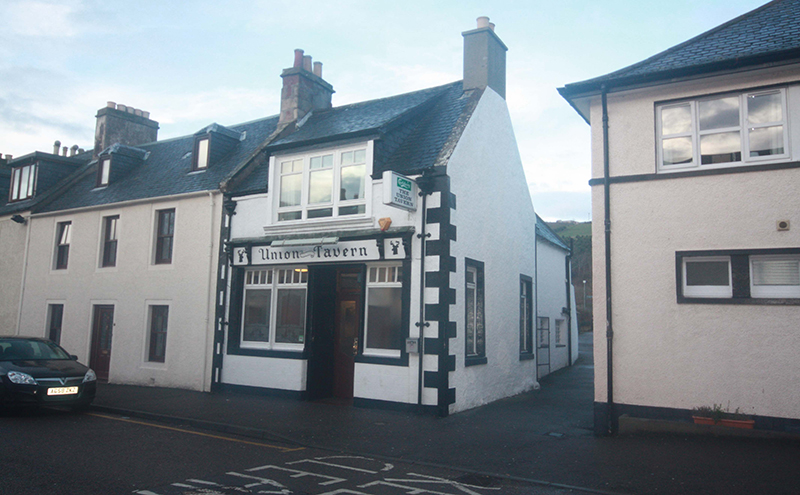 However, she reckons that not only are wet-led pubs still in demand, they are often “a vital part of the community” – especially in more remote parts of Scotland, where she said pubs can be viewed “like a community centre sometimes”.

“Community pubs definitely have a role to play in smaller areas where people need a place to get together, a focus for the community, something that supports the school and the football team and the darts,” said Jackie.

“People have a [sense of] belonging; they belong to something.”

It’s the case at the Union Tavern in Fortrose, which Jackie said attracts a broad clientele.

“In the evening we get a mix of both young and older people,” she said.

It certainly isn’t falling away, as far as we’re concerned.

“We’re not doing anything [different] – we do not have to do karaoke nights or quiz nights; in fact that’s a turn-off to some of these folk.”

It’s an approach that is paying off, according to Jackie, who said the pub’s figures are continuing to climb. “It certainly isn’t falling away as far as we’re concerned,” she added.

“It keeps me grounded in that as an agent I can see what’s happening on the ground, rather than listening to the negativity.”