THE organiser of bartending festival Tales of the Cocktail expects the event’s tenure in Edinburgh to bring long-term benefits to the city, as well as bartending across Scotland. 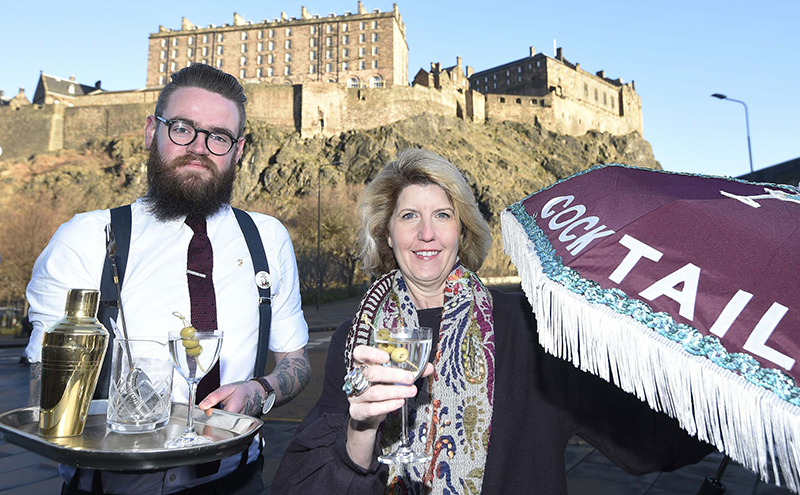 Tales on Tour, the touring arm of Tales of the Cocktail, hosted its first ever European festival in Edinburgh earlier this month.

The five-day festival included a range of daytime seminars on spirits and mixology as well as evening events across the city.

Tales on Tour will return for a second series of events next year, before moving to a different city in 2019.

Speaking to SLTN, Tales founder Ann Tuennerman said the festival had attracted bartenders from as far away as Japan, Hong Kong and the US.

“You can tell it has a big impact now, financially, but it will continue to have a financial impact, and you will see these bartenders travelling more, getting job offers,” said Tuennerman.

“It has a very big impact.”

A Scottish bartender and staff training provider who has worked for Bacardi in the US since 2013, McLaren delivered a seminar on ‘going back to your roots to find success’ as part of the festival.

He said Tales on Tour’s Edinburgh stint will be “fantastic for the Scottish bar community”.

“I think it’s going to be broader than Edinburgh,” McLaren told SLTN.

“We’ve got people coming from as far afield as Japan.

“It’s not just about Scottish bartenders; it’s almost like a showcase for the quality of the bars in Edinburgh, and bringing the world to the capital. It’s a great event.”

And McLaren, whose bartending career included several years at Montpeliers, said the Edinburgh bar scene has earned a reputation on the world stage.

“Nowhere should ever try to be somewhere else, and one of the things that’s stood Edinburgh in good stead over the years has been a sort of confidence in its own skin and a real desire to do what they think is right in their own market, and if other people outside like it that’s fine,” he said.

“I would definitely put Edinburgh on a par with the great cocktail cities of the world.”