INVERALMOND, the Perthshire brewer which was bought last year by Innis & Gunn, has marked its twentieth anniversary by relaunching its core range with a new design and a new beer. 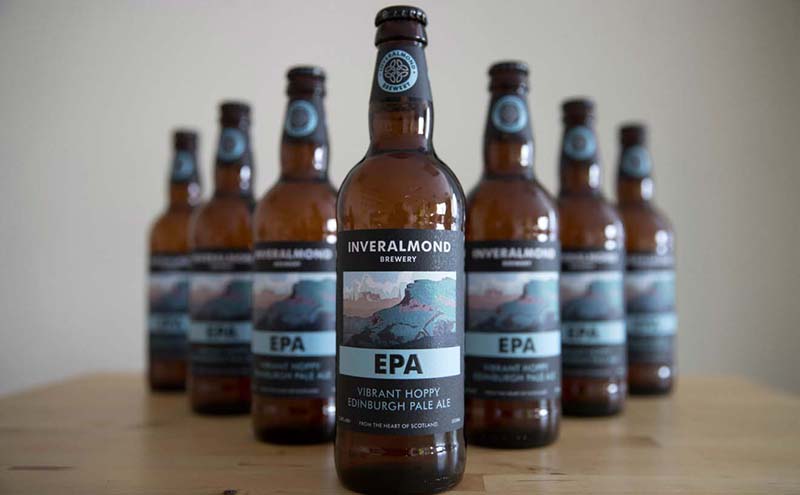 The brewer’s core range of Ossian and Lia Fail have been joined by EPA (Edinburgh Pale Ale), while the range’s new packaging – designed by Glasgow-based Freytag Anderson – features illustrations by Isle of Skye artist Peter McDermott.

The range will be joined in May by Daracha, a ruby ale, and several seasonal brews in the course of the year.

The Inveralmond brewery in Perth is also in the process of undergoing a £750,000 expansion that will increase its brewing capacity by up to 150%, to allow for the brewing of both Inveralmond and Innis & Gunn’s beers.

Inveralmond founder and chief executive, Fergus Clark, said: “We’re excited about our brand revamp and the new beers we’re working on. It’s fitting that the first launch to roll out of our new-look brewery, and the first new Inveralmond branded beer in a while, is an EPA. Edinburgh Pale Ale paved the way for British beer around the world, and we see the Inveralmond brand as having paved the way in the craft beer movement in Scotland and beyond.”