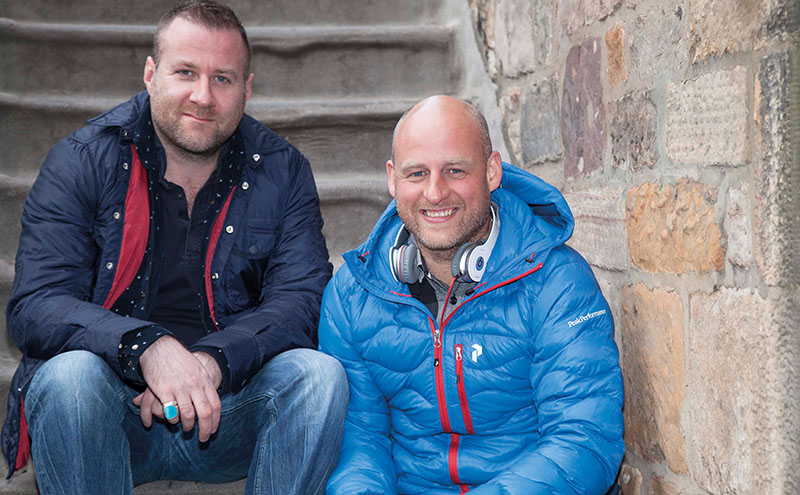 IT was nearly nine years ago that Martin Luney and Colin Church joined forces to create Big Red Teapot, the independent Edinburgh bars group.
Creativity has been a driving force behind the business since its first venue, Hamilton’s, opened in Stockbridge in 2008.
Broughton Street bar Treacle followed in 2009, with The Blackbird, on Leven Street, opening its doors in 2012.
But nowhere is the creative edge more evident than in the company’s newest venue, The Voyage of Buck, which opened on William Street Lane late last year.

The bar draws inspiration from the early decades of the 20th century – from the great steam ships of the early 1900s to big band music, ‘bright young things’, Prohibition and, naturally, cocktails.
Central to the bar is the character of William ‘Buck’ Clarence, a fictional friend of royal adventurer Prince Albert Victor, who travelled the globe in the early 20th century.
“Queen Victoria’s grandson, prince Albert Victor, was one of the guys they thought might have been Jack the Ripper,” Martin explained.

“That was disproved years ago, but he was a bit of a lad. He was sort of Prince Harry times a hundred. And he was hanging out in Whitechapel, in east London.
“The royals and the bright young things could pretty much do what they liked back then, so we wanted to base him (Buck) on that [group] so we could have him be a bit of a lad and have him doing a bit of travel.” 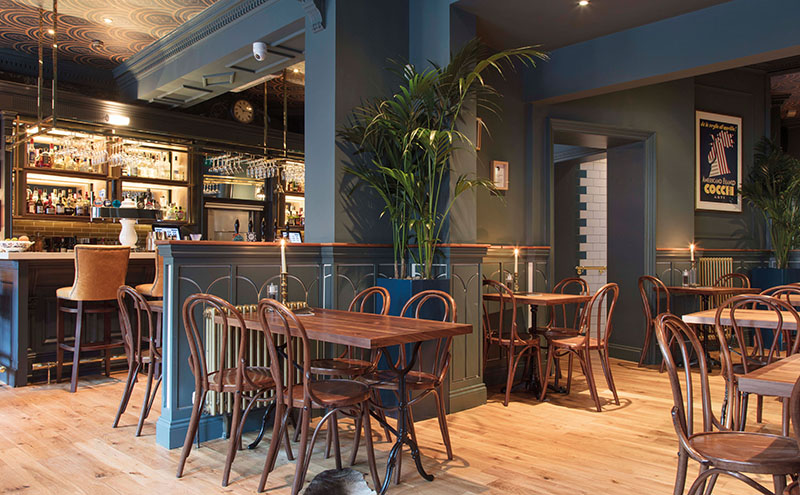 Though the Prohibition era is one of the inspirations for the outlet, it’s the European and Latin American venues of the time rather than the more well-worn ‘speakeasies’ of the US that The Voyage of Buck is inspired by.
Buck’s travels are at the heart of the venue’s interior – which includes a wealth of trinkets and memorabilia such as a 1920s Champagne bucket and a fire brigade bell from 1919, with materials such as velvet, leather, marble and brass helping to conjure the decadence of the age.
The food menu is kept deliberately tight, offering six small plates, six main courses and six desserts, which change regularly.

Martin said this approach is one of several ways the venue differentiates itself from the growing number of chain restaurants in the city.
“If you’re doing a small menu you can’t run with it for very long, because not only do customers get bored with it, but the staff get bored with it and the chefs get bored of it,” he said.
“So you have to keep changing to keep people creative and interested. And it’s fun.
“It’s what differentiates us from the big chains. They’re very successful but they can’t change things as much, because of the amount of people that need to approve it.”

In the cocktails side, the drinks list is inspired by four major cities of the age – Paris, Havana, Taipei and Cairo – and includes classics as well as original cocktails named after significant characters of the time.
The outlet’s cocktail reputation was recently given a boost when general manager Mike McGinty won a global cocktail competition for tequila brand Patrón.
Beer is also a major focus at the outlet, with customers able to choose from a wide selection of draught beers and real ale.

We have to be more creative now than we’ve ever had to.

“We went to town on draught here,” said Colin.
“We have 17 lines that come through the bar. And there’s always 15 products on offer.
“There’s five handpulls, and quite often three or four available.
“But the bar doesn’t look too brand-heavy. We’ve got very European continental fonts on the left and right of the bar, with six products on each, and they’re local, European and international beers.”
Like the food menu, the drinks lists will change throughout the year as the team looks to keep The Voyage of Buck offer fresh.

It’s a philosophy that permeates throughout Big Red Teapot’s four venues: offer customers something they can’t get elsewhere. This is even true within the company itself, with each venue’s drinks and food offers distinct from each other.
And the directors reckon several of the other independent operators in the city have the same idea.
“The bartenders that work in Edinburgh, and the people that own the bars, are very creative, and they’re willing to take a risk on something and stand out from the crowd,” said Colin.
“Places like Panda & Sons, Hoot the Redeemer, Bryant & Mack and Lucky Liquor Co. All these bars. People just want to go for it. They take charge of their own destiny, put their life and soul into it – whether it’s drinks, food, design or music, they go for it.”

Martin added: “There are a lot of big new places opening, so we have to be more independent, more creative and do things differently.

Each of Big Red Teapot’s venues has a distinct food and drink offer.

“Probably more so now than we have ever had to.”
Fortunately, the directors don’t have to do it alone.
Each of the four venues has its own management team and head chef, and executive chef Simon Upcraft is actively involved with the food offers at each outlet.
“A lot of our team are young, so it’s good to have someone of Simon’s experience, whether it be from a head chef point of view, with food costings and purchasing and the actual running of the kitchen, or whether it’s just creatively,” said Martin.

And the pair are determined to keep that creativity in the year ahead.
In addition to overseeing their four venues, their events business – Big Red Teapot Events – will be a focus, with the possibility of a fifth venue to follow in 2018.
“We’re just going to keep doing what we’re doing: keep changing, keep moving, and hopefully people come along with us for the ride,” said Martin.