IT’s fair to say no two routes to the trade are alike. Yet Jay Smith, whose line of work has changed course every 14 years, gives even those with the most varied CVs a run for their money.

The man behind Ayr’s Craft & Harbour, Smith originally trained as an actor and, from 1974 to 1988, appeared in TV dramas including Midsomer Murders, Taggart and Take the High Road.
He went on to spend 14 years working in education and a further 14 years in local government – including a ten-year stint on Dunfermline licensing board – before a spell as a management consultant led to him establishing his own training firm, Employment Enterprise, 14 years ago; it has since been joined by other business ventures, including a film company and a beauty business, before he made his move into the trade in 2012 with the acquisition of the then Newton Arms pub (now Craft & Harbour). 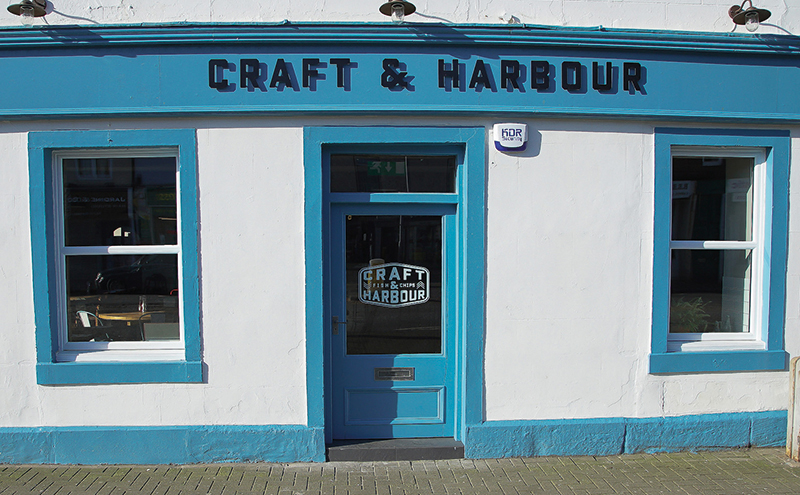 “My life goes in 14 year spans,” Smith told SLTN, adding that each stage of his career has helped prepare him for owning a bar.
“This part of the operation [Craft & Harbour] is all a focus of all the different things we’ve learned.”
Having grown up in Ayr, it’s also somewhat close to his heart.
“My memories of Ayr are to do with fish and chips, and holidays ‘doon the watter’ – all the kind of things that were great for Ayr,” said Smith.
In recent years, he said some parts of the west coast town have “been hit badly by the recession”, but he thinks Ayr is ripe for regeneration – and he reckons Craft & Harbour feeds into that.
“I’d love to go back to what Ayr was like – huge numbers of people coming in to the town, creating jobs,” said Smith.
“We think if you build it, they will come.” 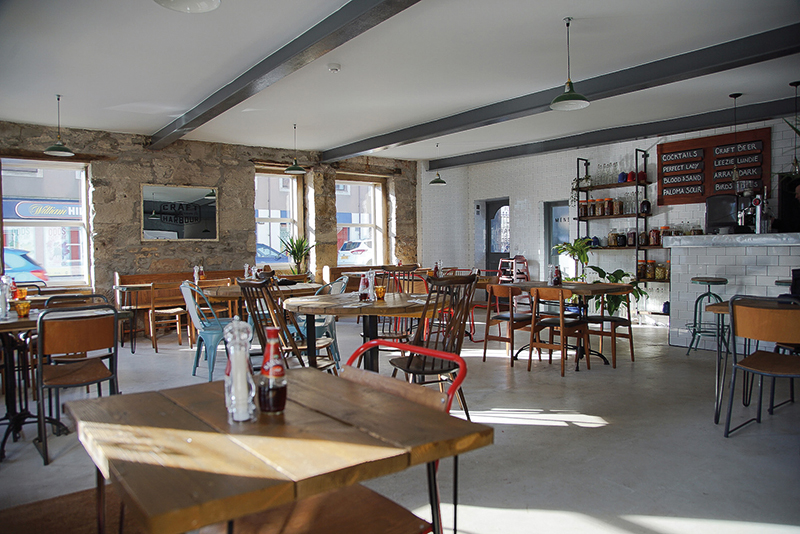 And this ethos was fundamental when Smith and his team began transforming The Newton Arms into Craft & Harbour.
Having run the pub as it was – save for some initial changes like the introduction of a food offer – Smith shut the doors in 2015 and work on the refurbishment began.
And he had a clear vision for the place – not only for the venue’s interior, but the pub’s exterior and the surrounding area too.
Creative firm Recoat was commissioned to design a mural on the building’s gable-end which would “challenge people’s perceptions [of Ayr]”.
Smith said the husband and wife team behind Recoat, Amy Whiten and Alistair Wyllie, were chosen due to their experience (they were behind the velodrome mural at Glasgow’s 2014 Commonwealth Games) as well as Alistair’s ties to Ayr, which Smith said meant he better understood what he was trying to achieve with Craft & Harbour’s identity; the mural pulls together elements from the area, such as lettering and symbols from the tram drivers’ uniforms and fishing boats in the harbour. 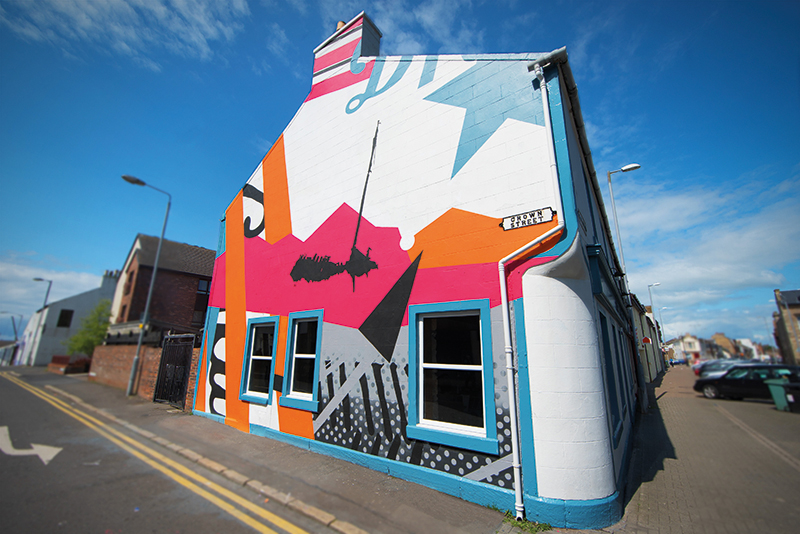 Internally, Smith worked with his son Brendon and London-based freelance designer Claire Richmond, who sourced all of the internal and external fittings as well as designing the layout and colour scheme.
Tying in with his focus on regeneration, design features include 1950s chairs, antique radiators and disused scaffolding, which was repurposed into booths and tables.
Smith’s son-in-law, Martin Smith – owner of Enterprise Construction – also worked on the refurbishment project and was responsible for the repurposing of the scaffolding as well as the new flooring, bar and windows. 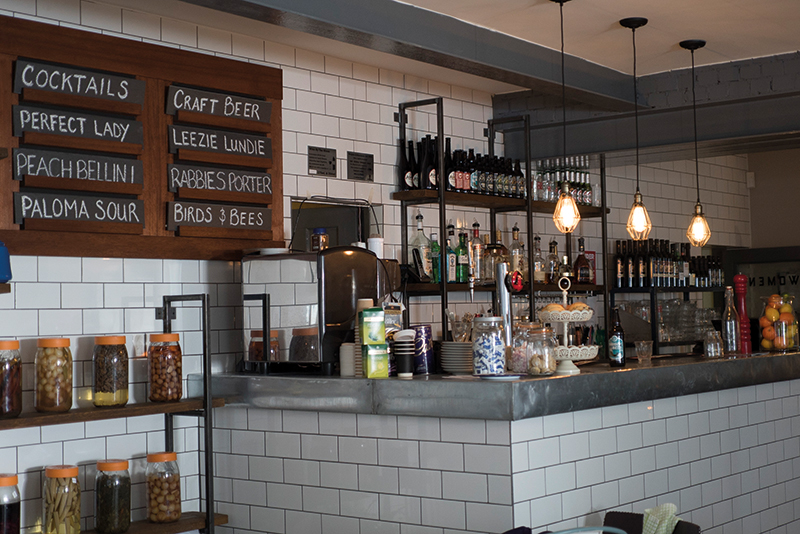 When it comes to Craft & Harbour’s food offer, local is the watchword, with everything sourced from within a 30-mile radius; suppliers include J Peironi & Sons (fish), Campbell’s Meats (butcher meat), Grant’s (fruit and vegetables), and Arran and Ayr breweries (beers and ciders).
“I think the key is to get the feeling that something that has the ethos, the feeling of Ayr, not just in the winter but throughout the year; the fish and chips, the seaside, the harbour, local produce, local beer,” said Smith.
The seven staff who work in the 60-cover venue are also local; and, with new management steering the Craft & Harbour – in the shape of Tony and Ann James, who have more than 30 years’ experience managing hotels – Smith said the goal now is to further push the brand in Ayrshire and beyond.