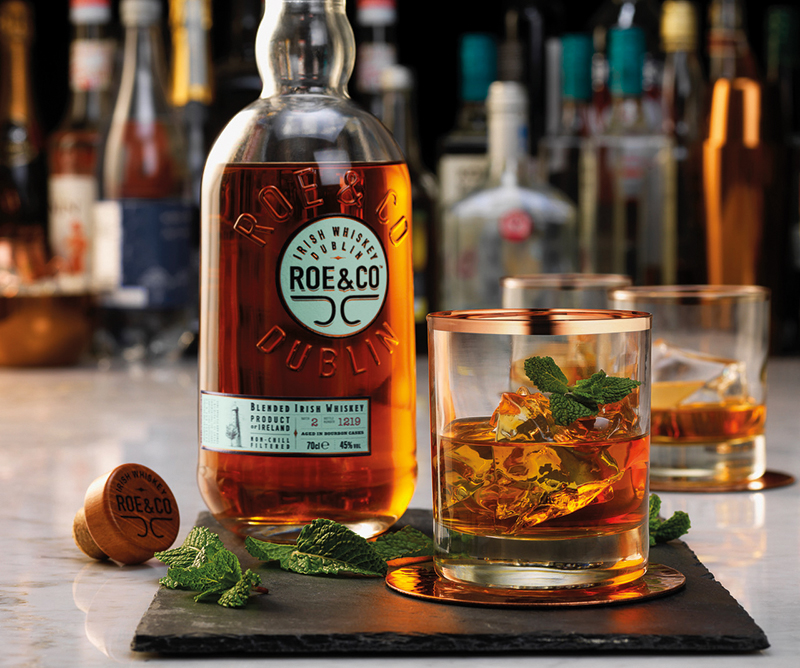 GUINNESS owner Diageo is to launch a new blended Irish whiskey on March 1 after revealing plans to build a new distillery in the former power house at its St James’s Gate brewery in Dublin.
The move by the drinks giant, whose Scotch whisky brands include Johnnie Walker, Bell’s and The Singleton, comes two years after it sold Irish whiskey brand Bushmills to Jose Cuervo and acquired its tequila brand.
New blended Irish whiskey Roe & Co takes its name from 19th century Irish whiskey maker George Roe, who had a distillery next to the Guinness brewery at St James’s Gate.
Made from Irish malt and grain whiskies and aged in bourbon casks, the 45% ABV whiskey is described as “a perfect harmony between the intense fruitiness of the malt and the mellow creaminess of the grain whiskies”.
Diageo’s operations director Colin O’Brien said if the proposed new St James’s Gate distillery gets the green light from planners, production could begin in 2019.
“The planned distillery will provide employment in the coming years – both at construction and operation stages,” he said.