CENTRAL and eastern Europe provided the inspiration for the ‘flagship’ beer from new Dundee brewer 71 Brewing. 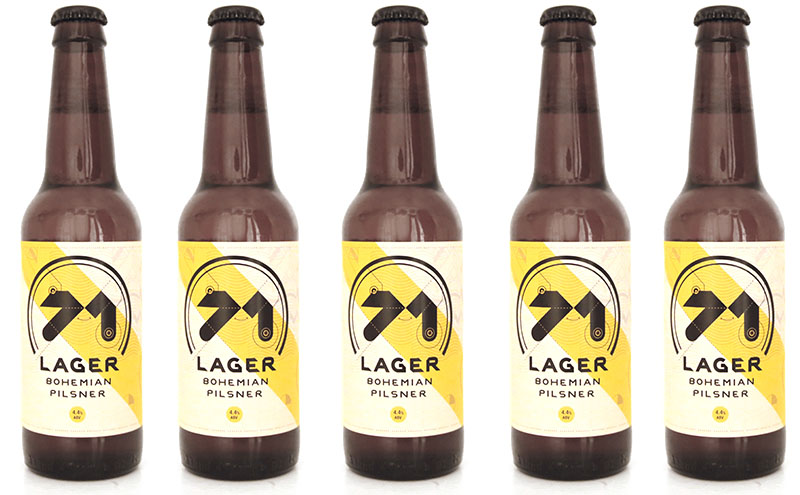 New brew 71 Lager has been launched just nine months after the producer got planning permission to convert a former industrial building into what’s claimed to be the city’s first brewery in nearly 50 years.
Said to be modelled “very closely” on a Bohemian Pilsner, 71 Lager is described as “clean, crisp and fresh”; it’s available in 30 and 50-litre kegs and 330ml bottles.
Founder and head brewer Duncan Alexander said 71 Lager is a “worthy bedfellow to its famous European cousin because of the unique low mineral content of the water in Dundee”.
“When we had samples analysed of the water we’re using at the brewery, we found very clear similarities between it and the traditional Pilsen water, which is soft, free from most minerals and low in bicarbonates,” he said.
“We have been inspired by the great lager brewing traditions of central and eastern Europe. From the lightest Munich Helles to the darkest Baltic Porter, the lager style is varied and exciting; our aim is to explore and celebrate these classic beers.
“Pilsner lager is making a real return, and a good one in our minds combines flavour and sessionability.
“Dundee’s a proud working class city and I felt very strongly that we needed to stay true to our roots, so this is a finely crafted session lager for the everyday man, and woman.”