A COLLECTION of photographs from the first decade of the 20th century have inspired a limited edition release from the Glenturret Distillery – and the dram has already found critical acclaim. 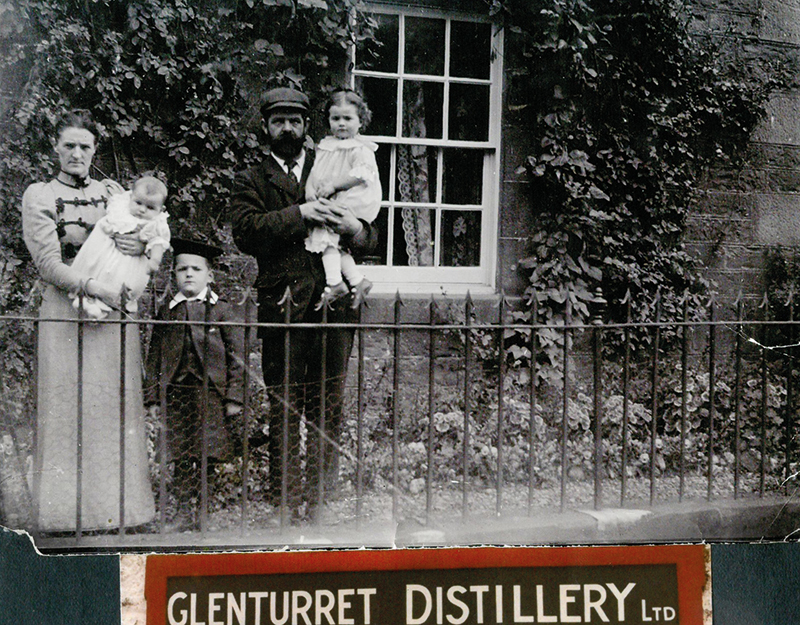 A photograph of Glenturret stillmen from 1905 is said to be the inspiration behind Fly’s 16 Masters Edition, which takes its name from the distillery dog at that time. The whisky, released on a limited run of 1740 bottles, has been awarded the Liquid Gold Award in Jim Murray’s Whisky Bible 2017.
Further attention was also drawn to the Glenturret Distillery of the 1900s over the festive period when Canadian visitor Jean Brown produced a family photograph of her grandfather (pictured left).
Believed to have been taken outside the distillery manager’s house around 1902, it shows the brewmaster John J.Stormont with his wife Mary and their three children a few years before the family emigrated to Canada.
Glenturret general manager Stuart Cassells said the distillery “prides itself on its unique heritage and Jean’s photograph is a valuable addition to our employee archive, enabling us to illustrate the importance of the people who make our whisky”. “Our former stillmen and brewmasters will have used exactly the same techniques and, in some cases, equipment, as we continue to use today at Glenturret,” said Cassells.