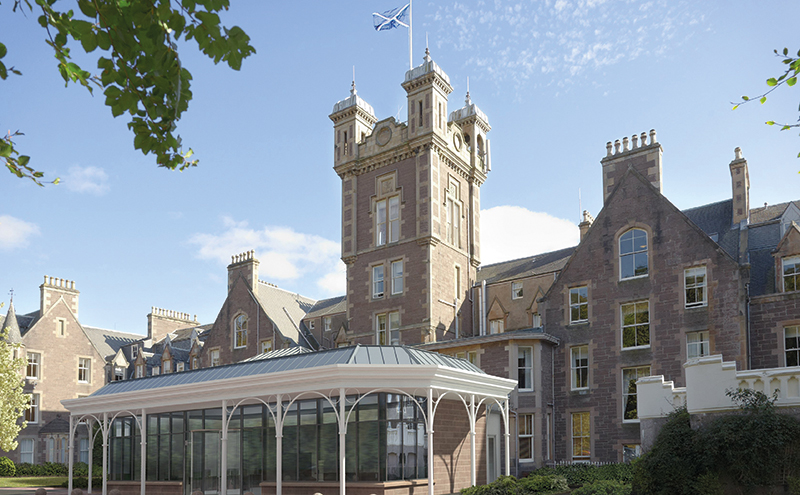 THE kitchen team at Crieff Hydro has stepped up to the plate in aid of the homeless, donating a bundle of utensils to a local charity.
Perth-based Churches Action for the Homeless (CATH), wrote to Crieff Hydro seeking donations for a series of cooking and baking sessions it was holding to help homeless people develop their life skills, and the team behind the Perthshire resort responded.
Donations from Crieff Hydro, which runs six restaurants, a main kitchen and satellite kitchens and has a brigade of 45 chefs, donated “gently used” items as well as three pallets of brand new equipment.
CATH volunteer Ron Hogg said the organisation was “overwhelmed” by the donation.
“Thanks to the generosity of Crieff Hydro, we are able to pass on important life skills to homeless people in the Perth area so that they can be self-sufficient,” said Hogg.
Crieff Hydro spokeswoman Sarah Nicolson said the resort was “delighted to help with CATH’s request”.