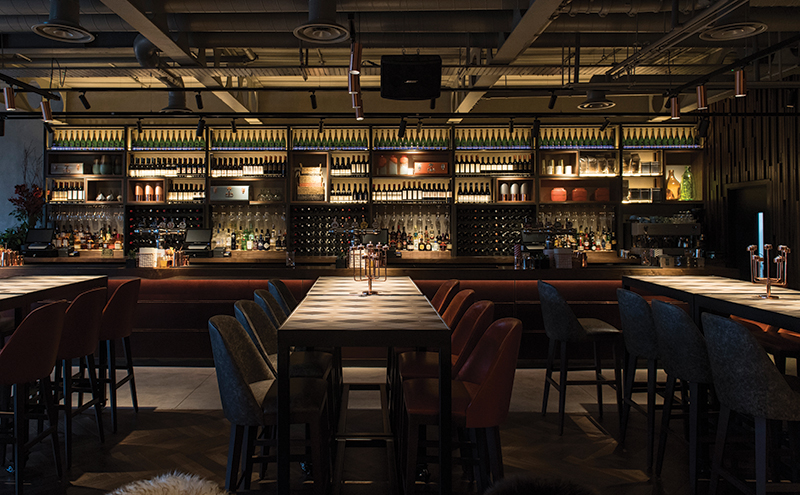 LONDON-based bar and restaurant operator Drake & Morgan has made its Scottish debut with the opening of The Refinery in Edinburgh’s St Andrew Square.
Featuring floor to ceiling windows and an outdoor area overlooking the square, the 224-cover venue comprises a ground-floor area featuring a back-lit bar and a spiral staircase leading to the mezzanine level which is furnished with “comfy” seating.
Drake & Morgan, which was set up in 2008 and now comprises a portfolio of 14 outlets including the eponymous Drake & Morgan at King’s Cross, a further nine venues across London and four units (two in London, one in Manchester and one in Edinburgh) under The Refinery brand, said the new venue’s interior features “signature Scottish details, including a striking Highland cow wall motif, fresh heather planters and tartan-backed chairs”.