EDINBURGH-based bartender Sean Cavanagh has been named best at barrel-ageing in Scotland by Cellar Trends, the firm behind the Jefferson’s range of bourbon in the UK, after picking up the top spot in the regional heat for the Jefferson’s Barrel Aged Cocktail competition. 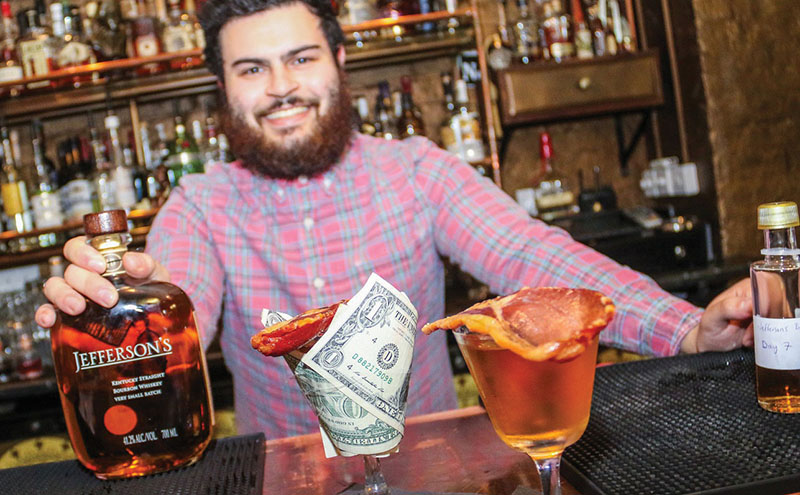 Competitors at the Scottish heat, held in The Raeburn in Edinburgh, were tasked with producing original cocktails using Jefferson’s Small Batch Bourbon which were judged after 45 days ageing in five litre American oak barrels, with Cavanagh of Liquor Library coming out on top.
Cavanagh’s cocktail, Jefferson’s Independent, comprised Jefferson’s Small Batch Bourbon, sake, Benedictine, Angostura and Peychaud’s bitters as well as spiced cardamom flavours.
The barrel-aged cocktail was then poured into a glass wrapped in one dollar notes and garnished with maple caramelised bacon.
Following victory in the Scottish heat, Cavanagh went on to compete in the national final in London, but was pipped to the victory by Stuart Binks of Victory Mansion, London.