THE biggest overhaul to the £1 coin for a generation is set to take place early next year and manufacturers and suppliers of coin handling equipment are hard at work to make sure the Scottish on-trade is prepared for the arrival of the new 12-sided £1 in March. 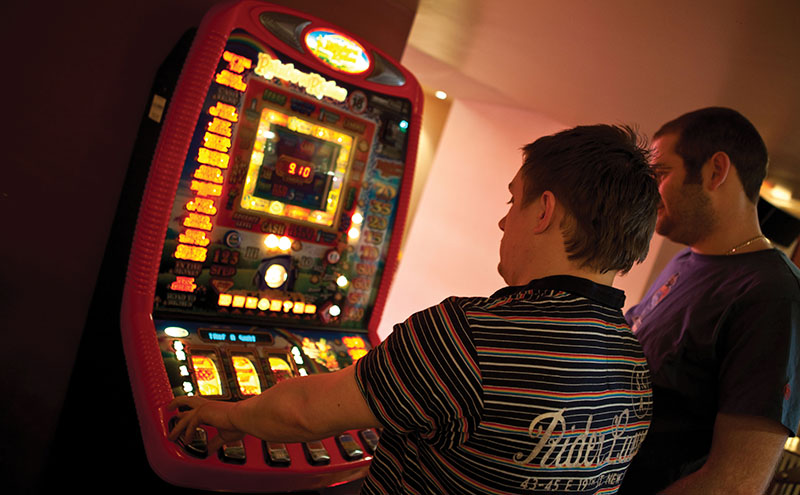 To prepare for the change, firms are currently updating the mechanisms and software on a range of coin handling machines, including gaming machines, pool tables and jukeboxes.
Ahead of the March 2017 roll-out, the UK Treasury has advised all businesses to check whether they operate equipment that accepts the current £1 coin and contact their suppliers to find out if they need to make any adaptations or upgrades.

We’re in the middle of making the changes now.

From March, businesses should be able to accept both the new coin and the current design in a co-circulation period running to September 2017.
The Royal Mint then plans to remove the current £1 coin from circulation in Autumn 2017, by which time businesses will be expected to cease accepting or distributing the current £1 coin.
Brian Campbell, owner of Fair City Amusements, which supplies and services a range of equipment, including gaming machines and pool tables, suggested that it would be wise for publicans to check the status of their machines with their supplier ahead of the roll-out.
“When they’re in contact with their sales rep it’s a question they should be asking,” said Campbell.
While the roll-out won’t take place until next year, Campbell reckons most equipment firms will be acting now to ensure machines are ready for the new coin’s launch.
The Fair City Amusements owner said his firm has received samples of the new coin from the Royal Mint and is already engaged in updating the coin mechanism and software on more modern machines where possible.
“We’re in the middle of going through the stuff just now,” said Campbell.
“It should be OK.
“One of the (machine) manufacturers hasn’t released the (updated) software yet but it should be here for the end of the year. We can update our own machines and on most of the newer machines it will be a software update.”

It’s a cost that we’ll need to take on.

Scott McGillivray, managing director of equipment supplier Sims Automatics, was also optimistic that all will be in place for the roll-out next year.
“Any operator that’s on the ball will be [converting machines now],” said McGillivray.
He added that, at Sims, the focus has first been on updating gaming machines as a priority before moving on to other coin-handling equipment.
“The main thing is the coin mechanism,” he said.
“We’re in the middle of converting now. At the moment when we get machines back in we’re converting them.
“That’s mainly for gaming machines at the moment and we’ll do the same for other equipment.”
For equipment suppliers, converting to the new coin has created additional cost in terms of the conversion kit required and in terms of work hours, according to McGillivray.
Campbell agreed, and suggested this is a cost that will most likely be absorbed by the pub equipment industry.
“It’s a cost we’ll need to take on and not pass on to the customer,” he said.
While gaming machine firms appear to be on the ball, Tom Pratt, campaigns and communications officer for the British Beer & Pub Association (BBPA), reckons there’s still plenty for licensees to consider before the new £1 enters circulation.
“With regard to fruit machines, via our conversations in the BBPA Machines Panel, we are certain that machine manufacturers are well prepared for change,” said Pratt.
“Licensees should be aware that back office equipment, such as coin-counters, may need updating or replacing.
“Licensees should check with their suppliers regarding other equipment, such as pool tables and jukeboxes, to ensure they are ready for the new coin.”