New range rolled out as part of brand overhaul

THE firm behind WKD has launched two new lower-calorie RTDs as part of a larger overhaul of the stalwart brand.
Rolling out to the trade this month, the two new lines – Lemon & Lime and Blueberry & Elderflower – have been branded as NKD variants of WKD, with the new branding featured prominently on packaging. 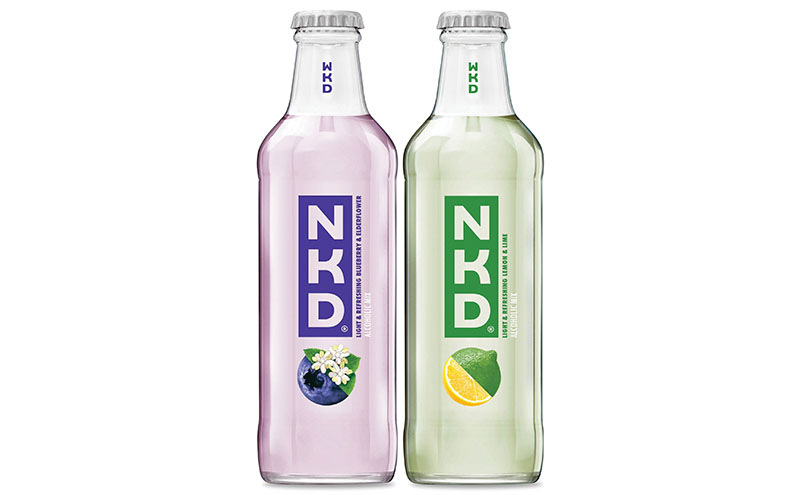 Both of the 4% ABV drinks are said to contain less than 100 calories per 275ml bottle, equating to less than half the calorie content of other variants in the WKD range.
SHS Drinks, the firm behind WKD, described the NKD variants as having a “more natural appearance” and a “lighter taste profile”.

The NKD variants are said to have less than half the calories of WKD.

Tasting notes for the Lemon & Lime variant describe it as “clean, fresh and light on the palate with a good crisp finish” while Blueberry & Elderflower is said to deliver a “fruity mix led by blueberry with hints of crisp elderflower at the end”.
The launch of NKD follows on from a complete overhaul of WKD’s branding which has been rolled out over the last few months in conjunction with a new marketing campaign.
Support for the new-look range includes ramped up marketing across social media and digital platforms as well as media and consumer PR activity.
Jo Sykes, marketing director at SHS Drinks, said the launch of the NKD range “will play an integral role in our ambition to reinvent RTDs as a destination category for 18 to 24 year old consumers with whom we have collaborated to co-create NKD”.