No match change, but progress was made

A MEETING between representatives of the Bells Not Brawls campaign and the Scottish Professional Football League (SPFL) has been described as “very amenable”, despite a failure to have the Hogmanay Old Firm fixture moved. 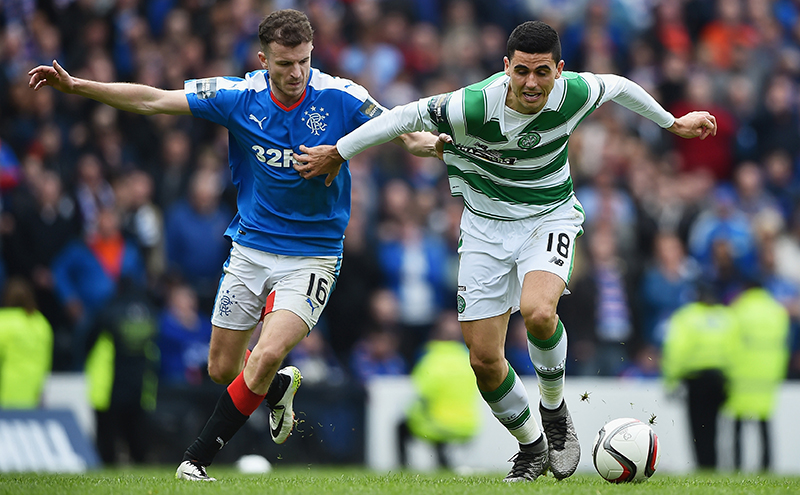 The campaign, which was launched to protest the Old Firm derby on December 31, was represented by SLTA chief executive Paul Waterson, Donald MacLeod of Glasgow Licensing Forum and Glasgow Chamber of Commerce chief executive Stuart Patrick.
They met with SPFL head Neil Doncaster and league secretary Iain Blair to discuss concerns around the Hogmanay game and the scheduling of matches in general.
Afterwards Waterson described the meeting as “positive”.
“It was a very amenable meeting in the sense that they listened to our concerns, especially about the game, and when I say the game I mean before, during and after the game,” he said.
“And I think there’s some sympathy for us.
“What they did say was that, in the future, they’d like to continue meeting, which I think was a major step forward, to discuss if we ever had problems in the future, how to discuss those problems.”
Waterson added that the SPFL was not the sole body responsible for scheduling the fixtures.
“They were very clear, and wanted to make it known, that it was not their decision to hold it on Hogmanay,” he said.
“The broadcasters gave two dates for the game, which were Hogmanay and New Year’s Day, and I think they were as surprised as anybody when the police decided on Hogmanay.
“They put the point across that this was the decision that was made and they have got to abide by it.”
Last week also saw the first meeting of the SLTA’s new executive advisory group.
The group, formed as part of the association’s ongoing Time for Change agenda, will advise the SLTA executive committee on ways the organisation can grow and expand its membership base.
“There were some very interesting ideas,” said Waterson.
“We’ve got a great range of expertise and experience in the group, and they will advise us on many issues, I’ve no doubt.”