CASK ale still has plenty of untapped sales potential, according to the latest report by Cask Marque.
The cask ale quality training and accreditation organisation’s The Cask Report 2017 revealed that the sub-category is currently outperforming total beer sales in the UK on-trade, and encourages operators to make the most of the opportunity cask presents. 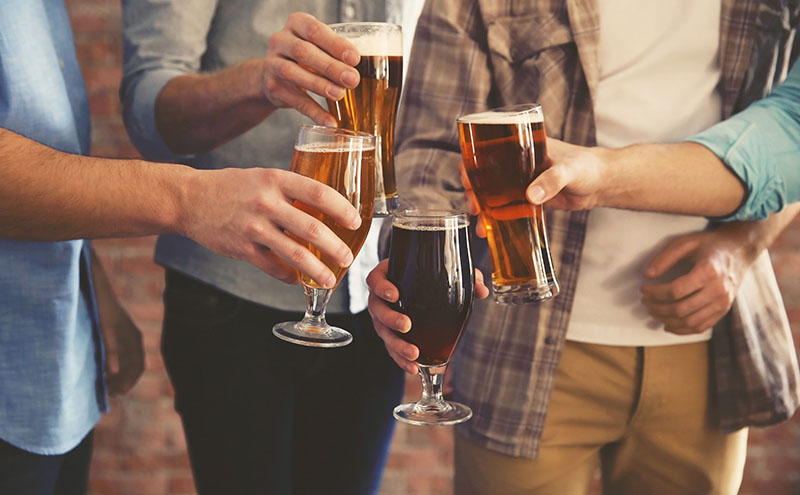 Cask ale currently accounts for 17% of the total on-trade beer market, according to Cask Marque, but the organisation reckons this could be pushed to 20% by 2020, benefiting both pubs and brewers.
The report suggests that operators should consider using customer interest in all things craft by positioning Britain’s independent and regional cask breweries as the equivalent of the USA’s craft beer scene, which is itself rooted in the regional microbreweries that have been popular on the west side of the Atlantic for decades.
Drinkers appear to have a “positive attitude” to the term craft which operators can exploit to boost cask sales, according to Cask Marque, as 57% of cask drinkers were found to be “more likely to visit a pub if it advertises that it sells craft beer”.

Craft is a word, not a style of beer; the benefit is that it gets people talking.

Staff knowledge was also flagged as vital to improving sales in the report, which found that while 92% of consumers were keen to learn more about beer styles, 60% of customers said pubs don’t offer “sufficient tasting notes” on how beer looks, tastes and smells.
Quality also continues to be key to cask ale sales, the report revealed, with 60% of consumers expressing a preference for a smaller range of beers served perfectly as opposed to a wider choice of poorer quality.
To tick all the right ale boxes, The Cask Report encourages operators to seek out training and advice, including from the organisation’s own online training portal.
Talking to SLTN, Paul Nunny of Cask Marque acknowledged that pubs are having to be “increasingly creative” to combat the “intense amount of competition for the leisure pound”, but suggested cask ale could assist in this regard.
“Pubs can make a difference by excelling at something which isn’t available at home,” said Nunny.
“Ensuring staff are trained to the highest standard in customer service, offering a range of drinks not available in the off-trade such as cask conditioned ales, ensuring every drink passed across the bar is in the best possible condition and served correctly.
“These little things, which don’t cost a lot, make the experience of visiting a particular pub a memorable one, and these encourage repeat visits.”
Nunny agreed that the craft beer boom has attracted new customers to cask ale and suggested it may be better for operators to think of “craft” as more of a label than a sub-category in its own right.
“Undoubtedly [craft] has attracted a new generation of beer drinkers who are curious, adventurous in their tastes, happy to experiment, but most of all are passionate about quality,” he said.
“It’s interesting how some people define ‘craft’ as a category in itself.
“When questioned what craft beer is, most consumers will define it as: made with care and skill, using quality ingredients, full of flavour, artisan, and with a back story.
“But doesn’t this definition describe cask ale perfectly?
“Craft is a word, not a style of beer. The benefit of the word is that it’s got a huge amount of people talking about the beer category in general and therefore wanting to try it.”

3. Cask ale attracts more drinkers to a pub, they visit more often and spend more money than others.

4. Beer is as good a match for food as wine. Try British pale ale with fish and chips.

5. The biggest barrier to encouraging more cask ale drinkers is lack of knowledge.

7. Craft beer is a useful way of creating interest in cask ale. Most cask ale can be considered craft.

8. Drinkers want both familiar and unfamiliar brands and tend to choose on ABV and colour.

9. Fewer ales served perfectly is better than a vast selection in poor condition.

10. Cask drinkers spend more money in pubs than anyone else, averaging around £967 per year.