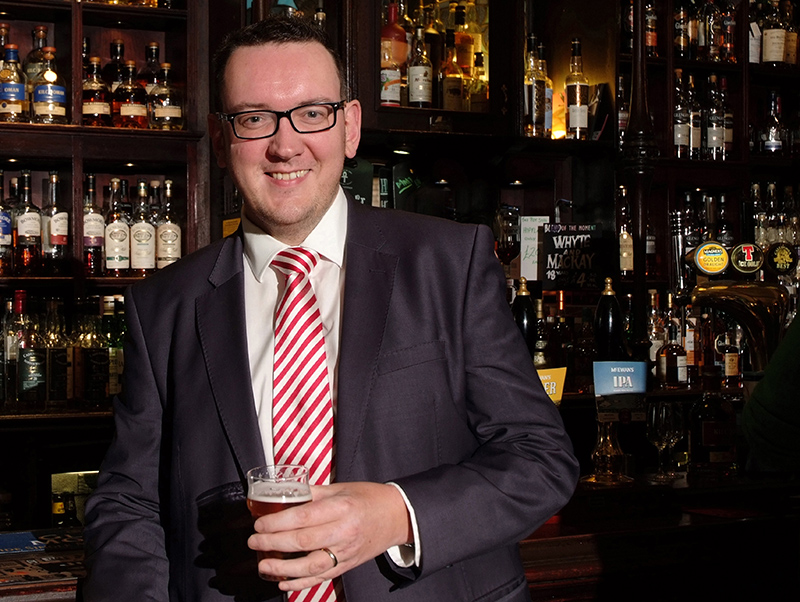 LICENSING lawyer Stephen McGowan has been appointed chair of the newly-created Scottish region of the Institute of Licensing – the UK’s professional membership body for licensing practitioners.

McGowan will be tasked with guiding the professional body’s expansion into Scotland. The Institute of Licensing’s stated goal is to develop professional skills through training and communication as well as representing its members’ views in “framing, reviewing and enforcement of laws and regulations”.

Dan Davies, chairman of the organisation, said: “Under the guidance of Stephen McGowan, we hope the Institute of Licensing’s presence will be of great benefit to licensing practitioners across the country.”

McGowan said he was “honoured to be named as the inaugural chair”.

“The support of licensing colleagues has been instrumental to my appointment and I’m looking forward to working closely with a number of my fellow licensing professionals to establish the region,” he said.

“In my role I will encourage those in Scotland’s licensing industry to work collaboratively and help each other grow their professional relationships and standards, just as our contemporaries do throughout England, Wales and Northern Ireland.”

McGowan is a partner and head of licensing at legal firm TLT. In 2012 he was appointed as chairman of BII Scotland, and he also sits on the Law Society of Scotland licensing sub-committee as well as the National Advisory Panel of the Institute of Licensing.