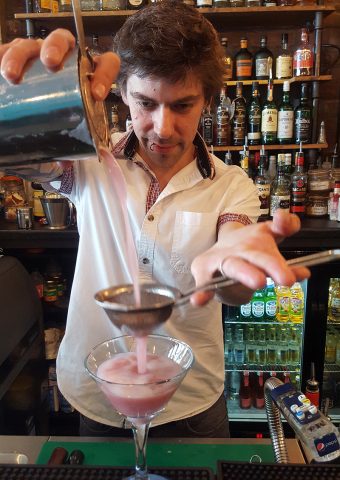 INVERNESS bartender Grant Murray has come out on top from a field of thousands at London Cocktail Week, picking up the Peter F. Heering Classics cocktail title for 2016.

Murray, who is general manager of Scotch & Rye and Bar One, impressed judges first in a semi-final of ten bartenders at the private bar of Simon Difford, founder of the mixology-focused Difford’s Guide, before clinching the title at the grand final held in the Joyeux Bordel Bar in Shoreditch, London.

Over 2500 bartenders from across the globe are said to have entered the competition, which called for a modern Cherry Heering twist on a classic cocktail.

Murray described taking the top spot as a “surreal and incredible” experience.

“I was amongst some of the world’s very best bartenders that week, mingling with people I have looked up to all of my career,” he said.

“It’s a major milestone for me.