JACK DANIEL’S master distiller Jeff Arnett was laying out everything Lynchburg in Glasgow last week while offering three bartenders the chance to go and see the place for themselves. 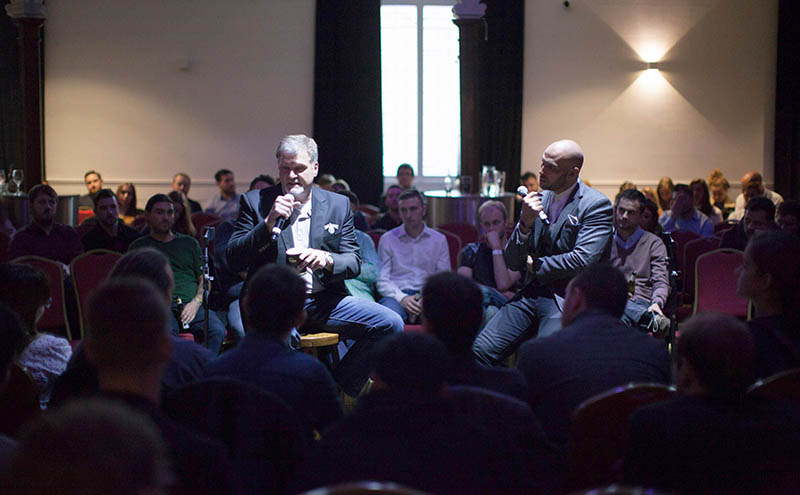 Talking to bartenders at The Glasgow Sessions event in east end venue St Luke’s, Arnett described what it’s like to be the seventh person to hold his position since the distillery was founded in the 1860s, as well as providing an oral history of the brand from burgeoning business to whiskey behemoth.

The new comp invites bartenders to create a Jack Daniel’s cocktail that “tells a story” as well as demonstrating “creativity, passion and flair”, to be submitted online at the Tennessee Calling website.

From November 1 Jack Daniel’s judges will shortlist ten drinks from the entries and following a round of bar judging, three Scottish winners will be selected for a trip overseas which will include hosting an event at New Your cocktail bar The Dead Rabbit Grocery & Grog as well as a visit to the Jack Daniel’s Distillery in Lynchburg, Tennessee.

Speaking to SLTN, Jeff Arnett suggested bartenders focus on creating something that’s both “great and simplistic” for the competition. The whisky distiller added that it’s “important for us to connect with bartenders, because they’re the ones facing the customer”.

“We want to be on the back-bar,” said Arnett.

“New whiskey drinkers are going to the bar asking for a Manhattan, a sour, an Old Fashioned.

“Everyone was calling for Jack and coke but you are seeing cocktails from the 50s and 60s making a resurgence.”