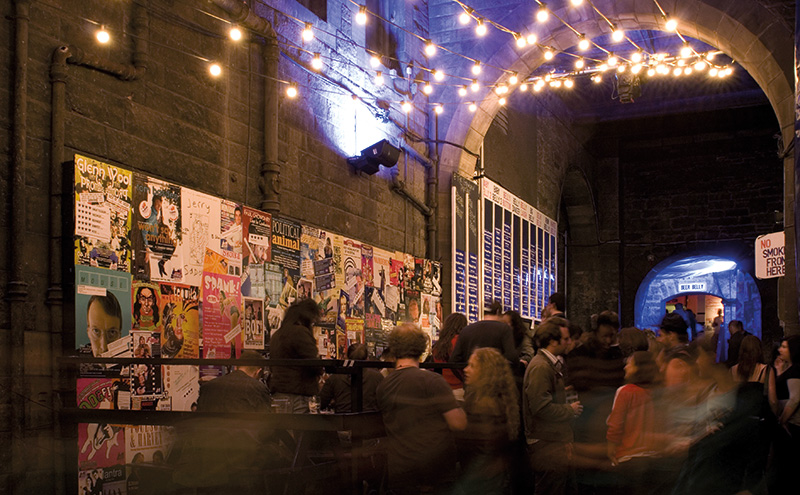 Edinburgh pubs and bars look set to benefit from a more liberal music policy after the licensing board agreed to loosen restrictions on amplified music following a successful campaign backed by a number of operators and musicians.
At a meeting on September 26, the board agreed to amend the language in its policy statement, which required amplified music in the on-trade to be “inaudible” in residential property; the new wording will include a condition whereby amplified music shall not be an “audible nuisance” to residential premises.
Campaign group Music is Audible (MIA) led the charge for the policy amendment, having initially suggested the new wording to the board. MIA had previously argued that the new wording would create a “better environment for musicians, promoters and residents in the city”, and that an updated policy would provide “clearer guidance” for Licensing Standards Officers by using the criteria for assessing “nuisance” noise as set out by the Scottish Government in the Public Health (Scotland) Act 2008.
Objections to the policy were presented by a number of local community council groups after the board moved to hear oral evidence in the wake of a three-month long consultation which revealed 501 out of a total 526 respondents supported MIA’s suggested amendment.
Marshall Bain, president of the SLTA, which also made its case in favour of the amendment to the licensing board, said the change in policy was a “great victory” as it will give licensees a platform on which to defend themselves against noise complaints.
“This is quite a big case because obviously music is high on our agenda,” said Bain.
“We’ve won the first (victory). It’s only small but it’s made a big difference.”
Bain said the next step for the SLTA will be to campaign to have the board adopt an “agent of change” principle. The agent of change principle would protect venues from complaints from new developments by placing the responsibility for managing sound on the person or business responsible for the change in circumstances.