Shetland-based Lerwick Brewery has boosted its portfolio with the introduction of a new canned format for its core range. 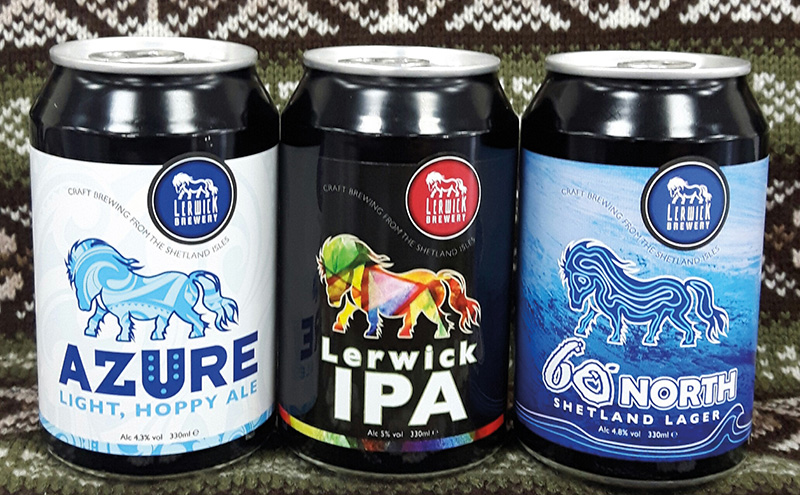 Three beers are now available from the brewery in 330ml cans: 60˚ North lager, Lerwick IPA and Azure.
Lerwick Brewery will continue to offer its beers in bottle format, but has made the move to introduce a canned range in response to what it views as a “growing trend surrounding craft beer in cans”, said to have been sparked in the USA but gaining traction on this side of the Atlantic.
Rhanna Turberville, head brewer at Lerwick Brewery, said the canned format is “a much better way of storing beer”.
“They stop it from being damaged by exposure to light which causes a chemical reaction in the beer, altering the taste,” said Turberville.
“They also minimise air contamination so keep the beer fresher. This means our canned beer tastes like it’s just come straight from our brewery tanks.”